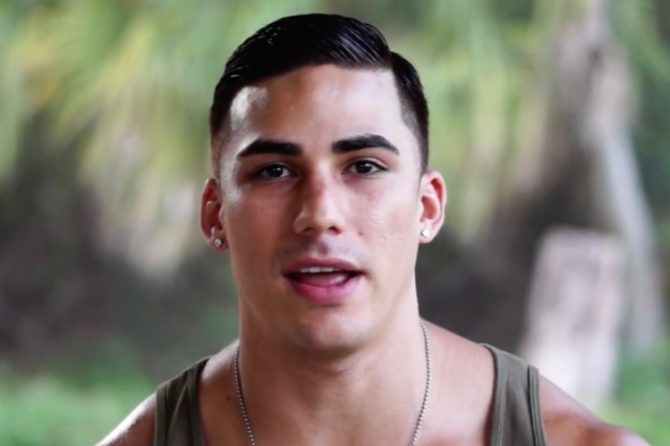 Another man has shared his uncomfortable experience with adult performer and Andrew Christian trophy boy Topher DiMaggio, bringing the number of accusers to five.

In an interview conducted prior to the Bryan Hawn story coming out with the work-unfriendly blog Str8upgayporn, the man, who goes by “Alex,” describes an incident at a Seattle gay bar in 2014.

Underwear designer Andrew Christian was hosting an event at the bar, where DiMaggio was working as a model and spokesperson for the brand.

Here’s how Alex describes it:

It was Pride weekend in Seattle, in 2014. Andrew Christian was hosting a show with some Trophy Boys for a main event at Neighbours Nightclub; Topher was one of them. Neighbours is also an after hours from 2 to 4 a.m., and we went there with one of our friends who knew Topher. We met him, and he had this attitude the whole time. He kept saying, “You guys know this party is because of me, right? This is my party. Everyone’s here because of the party I’m throwing.”

I was hanging out in this VIP area to the right of the stage, and it’s raised several feet above the regular dance floor area. I was up there above the stage and chatting with Topher, and my boyfriend was down on the floor right beneath us, where he could see us. So I’m talking to Topher, and he just grabs my ass out of nowhere.

Alex’s first response was to be lighthearted about the grab.

I thought he was joking, so I jokingly turned around and pulled my waistband down a little to be like, yes, that’s my ass. And then, all of a sudden, he flipped me around against the railing, crouched down and pulled my shorts down and started eating my ass.

Suddenly it wasn’t so funny.

Initially, I was stunned. I tried to push back and tell him no, and he reached his left arm up and pinned me down against the railing. I couldn’t really move and wanted him to stop, and my boyfriend had this look of shock on his face. All I could really do was reach back and smack him in the head with my hand. After I did, he bit down on my right butt cheek, hard.

Alex smacked him again, prompting Topher to allegedly bite down even harder before finally relinquishing. Alex was finally able to get away from the encounter.

Later in the night, Alex shares a detail that bears a resemblance to previous accusations: Topher got verbally aggressive and abusive.

When I got away from him and was leaving, Topher was yelling at me and calling me a pussy over and over again. I never saw him again after that, and I’ve avoided going to Andrew Christian events or to bars in WeHo when I’m there, because I know which bars he usually works at.

You can find the full interview here (link NSFW).

As of the time of this post, DiMaggio still appears on the homepage of Andrew Christian: 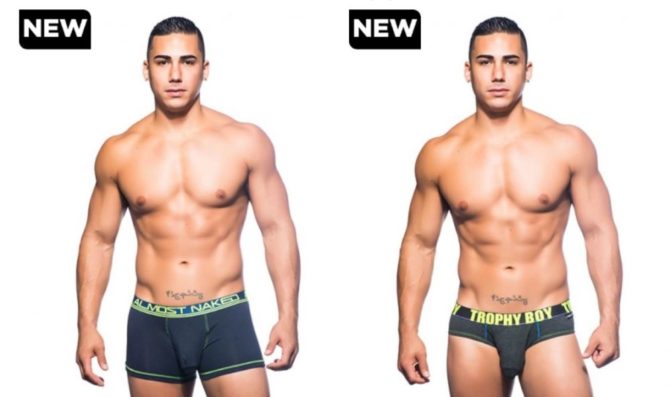 DiMaggio has strongly denied the original allegations of rape against him made by Tegan Zayne, saying: “These horrific accusations have shocked me to my core. All of my relations with this person have been consensual and willing.”

He has not responded to subsequent stories.