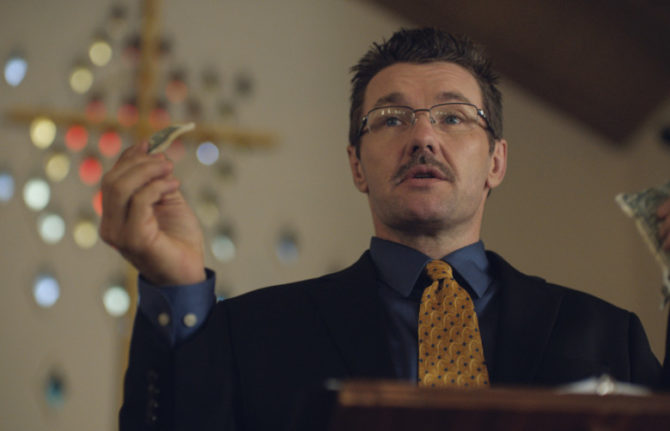 Director/actor Joel Edgerton has spoken out about the release of his film Boy Erased last year, and his disappointment with its reception.

The movie played film festivals and opened in cinemas last fall to positive reviews, but it didn’t recoup its $11 million budget in US ticket sales. Egerton now says the film should have gone straight to streaming services instead.

While out doing press for the new film The King, Egerton expressed his remorse.

“We had a really interesting debate about which way to go,” he said. “Focus [Features, the production company] had this incredible track record with putting out these LGBTQ films like Brokeback and Milk, so I felt we were in the right hands.”

He continued, “We wanted to create a face-to-face scenario where we’d have face time with audiences and have Q&As and generate discussions. To me, it felt like that was the right way to go. ”

When it comes to the reception of Boy Erased specifically, Egerton feels streaming would have made more sense.

“The moment you put something on a streaming platform, everybody in every household in all these countries can see it at the exact same time,” he realized. “You don’t get that chatter – and this was sad for me – of, ‘When is this film coming to my country?’ or, ‘I have to drive five hours to see it,’ or, ‘I just can’t afford the time and money.'”

“I realized, ‘OK, that’s a good enough reason to put a movie as soon as you can on Netflix, especially with Boy Erased.’ The pride that everybody felt with that film about the ability to help start conversations within families, change points of views, make them feel differently in their lives, made me wish we could’ve just dropped it everywhere rather than holding onto it.”

Based on Garrard Conley’s memoir of the same name, Boy Erased deals with the son of a minister sent to a conversion therapy program where he endures physical and psychological torture meant to “correct” his sexual orientation. The film stars Egerton, Lucas Hedges, Nicole Kidman, and Russel Crowe.

Egerton’s comments come at a sensitive time where Hollywood is divided over the virtues of streaming services versus the cinema. With studios relying more and more on tentpole blockbusters and ticket prices ever-rising, smaller films like Boy Erased often go overlooked at the multiplex.