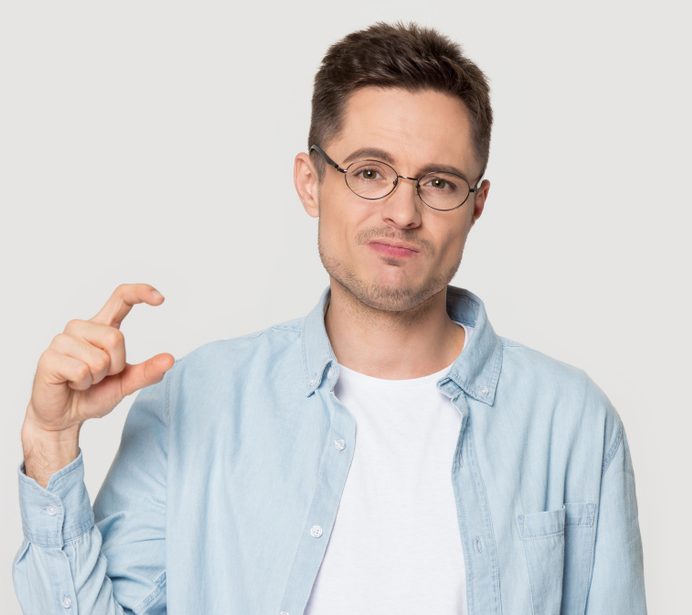 A niche dating app just launched and it hopes to end a hurtful stigma.

Dinky One bills itself as a “small penis dating site.” It is a safe place for smaller guys and the people who truly believe size doesn’t matter.

“The internet is packed with false claims and products to increase penis size,” the company says. “Many young men now think that you need a 12 inch penis to satisfy your partner. This is simply not the case and our dating site is here to normalize the situation.”

Founder David Minns says he also hopes to combat the insecurities many guys feel about their less-than-average-sized members.

“Some men are big, some average and some below average,” he says. “Dinky One lets smaller men date people outside their circle of friends with the safety that everyone using the site is fully aware. Members can focus on shared interests and get on with dating.”

The app, which caters to people of all gender and sexual identities, launched just a few days ago and already has over 30,000 users. Roughly one out of five male users identify as gay or bi.

“The majority of forum threads suggest most gay men preferrer a larger penis but there are some who don’t,” the website states. “If you’re a gay male then you are more than welcome to join and help decide the argument once and for all.”

“Guys have not shied away from signing up to Dinky One,” Minns says, “and it has opened the global debate of does size really matter and hopefully goes someway to building male body confidence.”

The app’s site offers this encouraging message to users: “Don’t forget that the average size means that 50% of the males in the word are bigger and 50% are smaller. Therefore, 50% of people who are in a relationship have a smaller than average size penis.”

Huh. We never thought of it like that before.