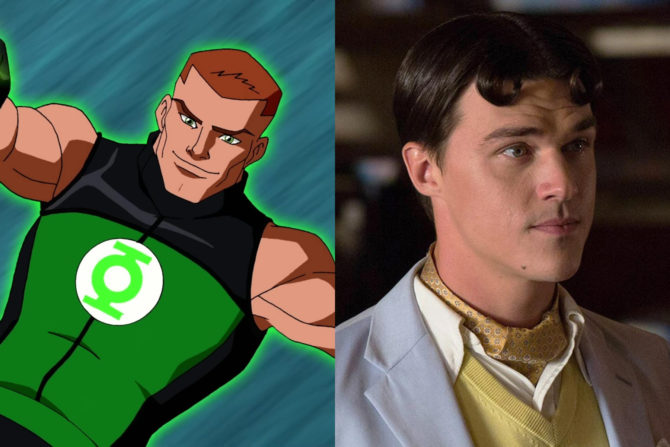 Ratched and Judy star Finn Wittrock has landed a leading role in the new HBO Max series Green Lantern Corps. The series will introduce the cosmic Green Lantern police force to the DCEU.

The Hollywood Reporter broke the news that Wittrock will play the Green Lantern Guy Gardner, one of the series leads. In the comics, Gardner is a hyper-masculine, somewhat militant addition to the corps. The outlet also reports that executive producer Greg Berlanti personally discussed casting Wittrock with Ratched producer Ryan Murphy. Apparently, the two shows will not overlap in production, allowing Wittrock to star in both.

“Green Lantern reinvents the classic DC property through a story spanning decades and galaxies, beginning on Earth in 1941 with the very first Green Lantern, secretly gay FBI agent Alan Scott, and 1984, with cocky alpha male Guy Gardner and half-alien Bree Jarta,” the show’s official description reads. “They’ll be joined by a multitude of other Lanterns — from comic book favorites to never-before-seen heroes.”

The Hollywood Reporter also reveals that another, unidentified actor is about to close his deal to play Alan Scott, the Earth’s first Lantern. In the comics, Scott is portrayed as an older, gay man who acts as a mentor to the rest of the Terran Green Lanterns. A casting announcement is expected in the immediate future.

Greg Berlanti, Seth Grahame-Smith and Marc Guggenheim will write and produce the series, with Grahame-Smith working as showrunner. The series–said to be one of the most expensive in TV history–has not announced a start date.