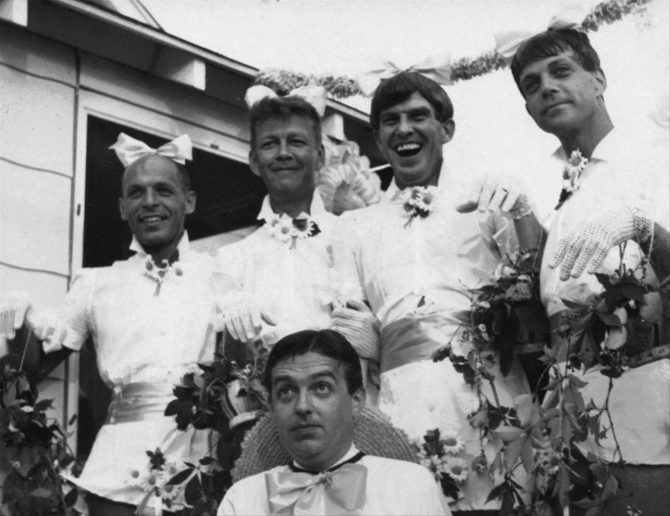 Afraid of losing a beautiful piece of gay history forever, filmmaker Michael Fisher knew he had to do something. With the terror of AIDS fading in the popular consciousness, and with the memories of the idyllic days before all but eclipsed, he resolved to preserve a vital piece of gay history on film.

Fisher’s new film Cherry Grove Stories covers the history of the Fire Island neighborhood from its earliest days to the present, and plays at NewFest October 30. In it, he and his interview subjects recount their own memories, as well as the gay folklore imparted to them when they first began visiting the popular gay destination.

“Imagine there were 30-40 guys,” Fisher recounts in the film, “and every Saturday night there was no running water or electricity and they would have these dinner parties by candlelight.”

“One weekend they all had dinner in drag, and on their way home two of the guys were arrested, taken off the island, and booked in Sayville for lewd behavior–they lost their jobs.”

He goes on to explain how Fire Island residents would hide their drag collections in hidden compartments around the house.

Fisher says the pre-utility days of the island when residents would have to dispose of garbage on one corner of a beach, or how they would have to collect their own drinking water and resort to candle light after sundown.

The film also recounts the days of AIDS, how friends and lovers of those lost to the disease found their final resting place on the island, and the different neighborhood/class rivalries that have sprung up over the years.

“I believe that gay people need places to go that are gay,” Fisher says of his artistic endeavor. “And I think the younger generation will hold onto it more than you give them credit for…I think [Fire Island] will maintain its gayness.”