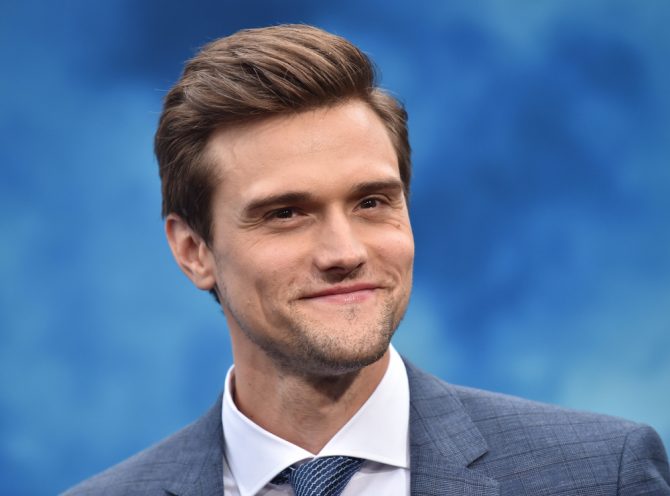 The Flash actor Hartley Sawyer just became yet another out-of-work actor in Hollywood after being fired from the hit series over inflammatory tweets that resurfaced late last month.

The tweets were written by Sawyer when he was in his mid to late 20s and contain homophobic and racist language and make flippant remarks about sexual assault, spousal abuse, and committing acts of violence against homeless people, among other things.

“I don’t care and f*gs are fine but sports often make me snore,” one of them reads.

“The only thing stopping me from doing mildly racist tweets is the knowledge that Al Sharpton would never stop complaining about me,” another says.

“As a lad, one of my favorite activities was kidnapping homeless women and cutting off their breasts,” a third remarks.

Since the tweets have resurfaced, Sawyer’s Twitter account has been deleted, but screenshots continue to circulate online.

Hartley Sawyer, you have been exposed… pic.twitter.com/ig5VBXoZmK

Now, The CW says the 35-year-old actor has been fired.

Hartley Sawyer will not be returning for season seven of The Flash. In regards to Mr. Sawyer’s posts on social media, we do not tolerate derogatory remarks that target any race, ethnicity, national origin, gender, or sexual orientation. Such remarks are antithetical to our values and polices, which strive and evolve to promote a safe, inclusive and productive environment for our workforce.

Meanwhile, Sawyer has taken to Instagram to issue a lengthy apology.

“My words, irrelevant of being meant with an intent of humor, were hurtful, and unacceptable,” he writes. “I am ashamed I was capable of these really horrible attempts to get attention at that time. I regret them deeply.”

My words, irrelevant of being meant with an intent of humor, were hurtful, and unacceptable. I am ashamed I was capable of these really horrible attempts to get attention at that time. I regret them deeply. This was not acceptable behavior. These were words I threw out at the time with no thought or recognition of the harm my words could do, and now have done today. I am incredibly sorry, ashamed and disappointed in myself for my ignorance back then. I want to be very clear: this is not reflective of what I think or who I am now. Years ago, thanks to friends and experiences who helped me to open my eyes, I began my journey into becoming a more responsible adult – in terms of what I say, what I do, and beyond. I've largely kept that journey private, and this is another way that I have let so many down. I still have more work to do. But how I define myself now does not take away the impact of my words, or my responsibility for them. I am very sorry.