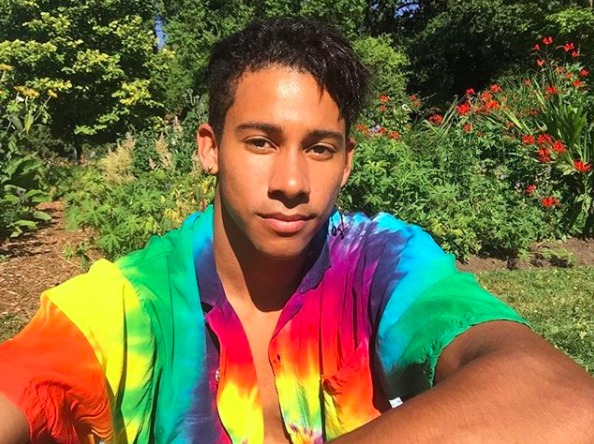 On the CW’s The Flash, Keiynan Lonsdale plays Wally West (a.k.a Kid Flash), the younger brother of the titular Flash’s romantic interest, Iris West. Wally has super-speed powers akin to the Flash’s, and earlier this year, Lonsdale himself made quite the leap of courage in real life–he came out as bisexual.

Now, five months later, 25-year-old Lonsdale tells the Hollywood Reporter he initially planned to keep his sexuality a secret for at least the next six decades.

But life, they say, is what happens while you’re busy making plans and, sure enough, that proved to be the case with Lonsdale.

A couple years ago I was able to accept myself, & it saved my life, but now I’ve gotten to a new road block & I feel kind of lost. I gotta take the next step & actually embrace who I am, which is pretty exciting. Not faking shit anymore, not apologising for falling in love with people no matter their gender. I’ve become bored of being insecure, ashamed, scared…no one should feel like that about themselves, especially when there is so much good life to live.

Looking back, Lonsdale says coming out this year was the best decision he could have made.

Since then, he says people from all corners of the globe have contacted him.

“I have kids contact me from Nigeria,” Lonsdale, who is part Nigerian, explains. “They can see someone on TV and reach out to me on social media from the other side of the world. It’s amazing. To hear them say they feel better about themselves, it means the world to me.”