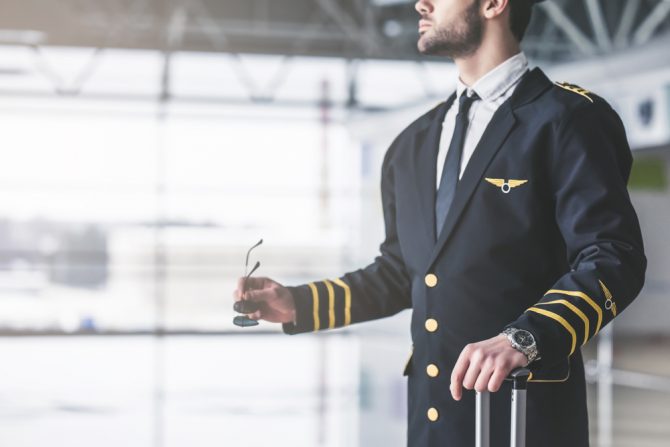 A former British Airways flight attendant who claimed he was the victim of workplace discrimination after chatting with a pilot on Grindr has just lost his court case.

In his lawsuit, Bartek Wytryszczewski alleged that he was outed by the pilot (identified as “Mr. X”) and then discriminated against by managers because of his sexuality and Polish nationality.

During the tribunal, held this month in Watford, Hertfordshire, Wytryszczewski told the court he was contacted by Mr. X on the app while the men were on a four-day work trip together between December 31, 2017 and January 3, 2018. In their chat, Mr. X called him “hot,” which Wytryszczewski felt was inappropriate.

He also alleged that, on that same work trip, he was standing on an escalator with Mr. X and another crew member when Mr. X said he “was not going to go to the gym but he was going to have sex instead,” which Wytryszczewski also found to be inappropriate.

However, Wytryszczewski’s manager, Joanne Hale, told the court the full Grindr chat between the men reveals a different story.

Screenshots of the conversation were shared with the court and show Wytryszczewski sending Mr. X several late night messages, including “grinning emojis” and a note saying they would “speak tomorrow x.”

Hale also said that “a lot of relationships” happen between airline employees and that Wytryszczewski didn’t bring up the issue with her until several days later, after he and Mr. X got into a workplace dispute, resulting in Mr. X “telling him off.”

“Bartek does not respond well to managers who do not agree with everything he is saying,” Hale testified. “He will manipulate situations to reflect the outcome of his choice.”

Things escalated from there, finally coming to a head in March 2018 when Wytryszczewski sent Hale a string of emails threatening to quit if he wasn’t given more paid time off. He also copied British Airways CEO Álex Cruz on the emails.

Eventually, area manager, Ann Pilgrim, had to step in and tell him to quit bombarding Hale and Cruz with emails, saying it bordered on harassment.

“I believe the manner and way in which you are approaching this situation is now completely inappropriate,” Pilgrim wrote in an email that was shared with the court.

Wytryszczewski quit his job shortly after that.

After hearing both sides of the story and reviewing the Grindr chats and emails, the judges on the tribunal ruled in favor of the airline.

“We concluded that at no time did the claimant say or indicate in any way to Mr. X that Mr. X’s attentions were unwanted before Mr. X gave the claimant the instant feedback,” Judge Oliver Hyams said.

He continued, “Mr. X’s attentions towards the claimant did not have the purpose of either violating the claimant’s dignity or creating for him an intimidating, hostile, degrading, humiliating or offensive environment.”

Related: Pilot uses Grindr to hit on passenger mid-flight, says he hopes to give him an enjoyable ride

still not getting it
28