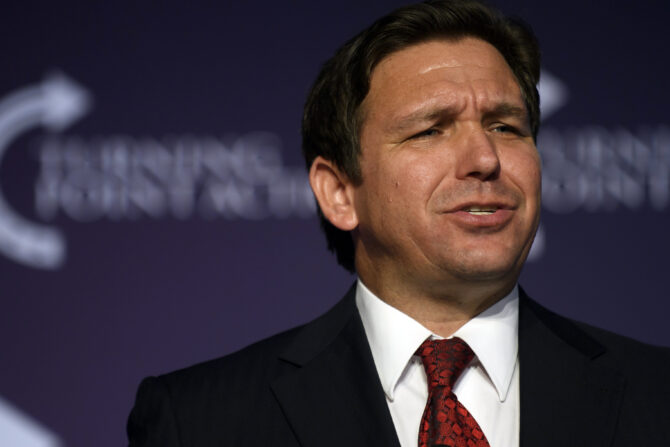 Florida students are getting an unfortunate lesson in institutional bigotry as they return to the classroom this school year, as the state’s “Parental Rights in Education” law, a.k.a. the “Don’t Say Gay” law, continues to do damage.

Next up on the chopping block? The Miami-Dade School Board — representing the state’s largest district — will soon vote on whether teaching LGBTQ history is “age appropriate” for high school seniors.

The nine board members will decided whether Miami-Dade schools are allowed to include two landmark LGBTQ rights supreme court cases in 12th-grade social studies classes. They’ll also vote on whether the district, responsible for educating over 334,000 students, will recognize October as LGBTQ History Month.

The cases in question are Obergefell v. Hodges and Bostock v. Clayton County, which grant the right to same-sex marriage and prohibit employers from discriminating against workers on the bases of sexual orientation or gender identity, respectively.

While the board may vote in favor of including the cases in its classes, the fact that it’s even up for discussion says a lot about how vague and open to interpretation the Don’t Say Gay law is.

School board member Lucia Baez-Geller is already speaking out in favor of keeping the important lessons in schools.

“Teaching LGBTQ history fosters a welcoming school climate where LGBTQ students, families, and educators can live their authentic lives and be treated with dignity and respect,” she wrote in an action proposal.

“The District appreciates and recognizes the importance of LGBTQ History Month as an effective means of educating and calling to action our community to work together by fighting prejudice and discrimination in their own lives and increasing visibility and raising awareness,” Baez-Geller added.

Prism, a Florida nonprofit working to expand LGBTQ resources in schools, launched a Change.org petition to urge the board to vote yes.

“In light of the harmful anti-LGBTQ laws passed this year, it is abundantly clear that MDCPS must remain steadfast in supporting and affirming all students,” the petition reads.

“The recognition of LGBTQ History Month promotes education about the historical impacts, achievements, and contributions of our lesbian, gay, bisexual, transgender, and queer community.”

Elsewhere in the state, teachers have been instructed to remove signage indicating a classroom is a “safe space” for LGBTQ students and photos of their families if they have a same-sex spouse. Some schools have even told educators to out their students to parents. The law was signed by Gov. DeSantis in March.

Last week, a group of Florida teens and their families, along with LGBTQ advocacy groups, asked a federal judge to block the law’s enforcement, citing First Amendment, due-process and equal-protection rights violations.