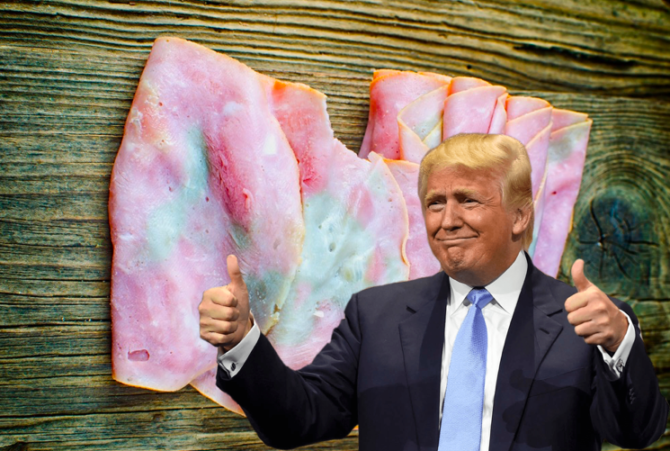 This just in: Do not eat the food at Mar-a-Lago (a.k.a. the “Winter White House”). Not unless you want to risk getting violently ill, that is.

Donald Trump’s private Palm Beach club has been zinged by Florida restaurant inspectors for having potentially dangerous raw fish, as well as storing food in multiple broken refrigerators, among multiple other offenses.

According to the inspection report, over a dozen violations were noted inside the club’s kitchen, up from 11 violations the previous year, and five the year before that. Three of the most recent violations were deemed “high priority,” which means there could be illness-causing bacteria festering on the dining room plates and silverware.

Inspectors found that fish had not undergone proper parasite destruction before being served to patrons. And raw meats were being stored at dangerously warm levels, sometimes as high as 57 degrees. (The law states raw meats must be stored at 41 degrees or cooler to prevent spoilage.)

Inspectors also noted that the sink where employees wash their hands was faulty and that the water was too cold to properly sanitize hands. Shelves inside the walk-in coolers were rusting. And two of the coolers didn’t work but were still being used to store perishables.

The visit happened on January 26, just days before Trump hosted a dinner at the restaurant for Japanese Prime Minister Shinzo Abe and his wife.

We can only image what the 15 hour flight back to their homeland must have been like.