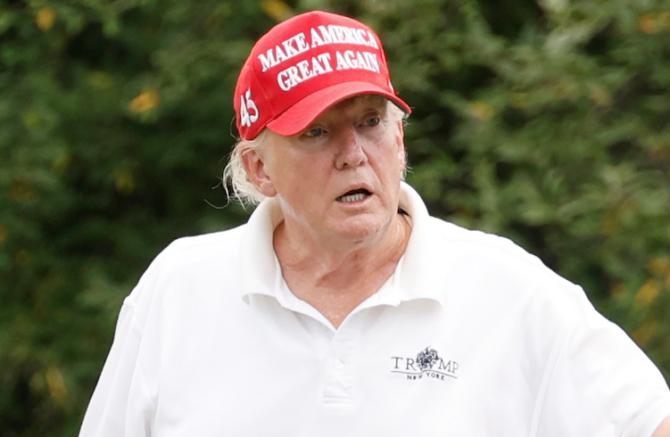 Donald Trump is reportedly having a hard time retaining the “best people” to represent him as he faces multiple lawsuits and a federal investigation, but the latest move from Trumpworld has everyone wondering if his team is even awake at the wheel.

On Monday night, one of Trump’s official representatives for the National Archives and Records Administration (NARA) released a May 10 letter that legal experts say is incredibly damning.

Conservative journalist John Solomon posted the document on his website, JustTheNews.com, prompting utterly baffled responses from folks who are following the saga closely.

Related: Everything is crumbling around Donald Trump and he can’t find a single good lawyer to help him out

The letter was sent to Trump’s lawyers by NARA, and confirms that the former president took highly classified materials with him to Mar-a-Lago.

“As you are no doubt aware, NARA had ongoing communications with the former President’s representatives throughout 2021 about what appeared to be missing Presidential records, which resulted in the transfer of 15 boxes of records to NARA in January 2022,” the letter reads. “In its initial review of materials within those boxes, NARA identified items marked as classified national security information, up to the level of Top Secret and including Sensitive Compartmented Information and Special Access Program materials. NARA informed the Department of Justice about that discovery, which prompted the Department to ask the President to request that NARA provide the FBI with access to the boxes at issue so that the FBI and others in the Intelligence Community could examine them.”

Experts were astounded by the move — here’s what they’re saying:

Does @jsolomonReports realize how bad that letter is for Trump?

Those are our most sensitive secrets. They were sitting in a damn basement.

It’s also telling that, even though this letter really hurts the Trump version of events, it wasn’t released by the Biden Administration or NARA. It was released by Trump’s own team—both a self-inflicted wound and further proof of how the government has been playing by the rules.

The letter also confirms that Trump was on notice that the documents he possessed were federal government property and that he needed to return them to the government’s possession.

Yikes. “In its initial review of materials within those boxes, NARA identified items marked as classified national security information, up to the level of Top Secret and including Sensitive Compartmented Information and Special Access Program materials.” https://t.co/qcKZ6BKHSd

The best part of this is that John Solomon posted the letter because he thinks it is extraordinarily damning for the Biden White House.

(Or he's at least trying to preemptively frame it that way for Trumpworld.) https://t.co/R5mXMKJ9o5

I'm trying to figure out why John Solomon thought this letter would help Trump.

Ladies and gentlemen, we are dealing with a grifter, a liar, and a thief all rolled into one Donald Trump.

The letter comes a day after legal analyst Marcy Wheeler pointed out multiple admissions of Espionage Act violations in Trump’s appeal for a court-appointed reviewer of the documents taken from his residence:

This sentence is a confession to a violation of the Espionage Act.

Written by lawyers claiming to represent the former President, who they call the President. pic.twitter.com/pXTPzErmVW