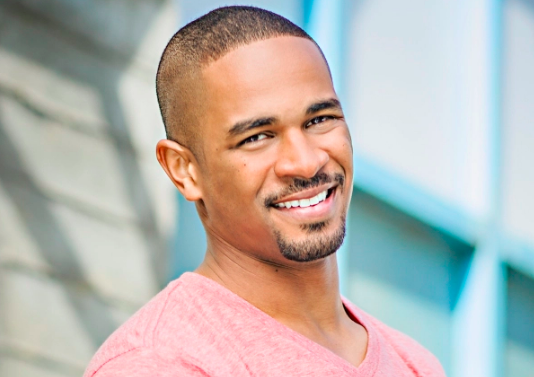 Breaking news, folks! Twitter can be hazardous to your career!

If you didn’t already know that, the downfall of Roseanne Barr probably drove home that point in 2018. Over the last year, however, there has been a new twist in the tale of the troublesome tweet. Old ones from as far back as a decade can come back to bite you in your livelihood.

Kevin Hart was a recent target of retroactive outrage for nearly 10-year-old tweets in which he made flagrantly homophobic remarks. Now actor Damon Wayans Jr. is the latest celebrity with a target on his Twitter history.

The 36-year-old actor wrote most of the offending tweets at the dawn of the 2010s, and in them, he dropped words like “f*gs” and “homo” and made a string of “tr*nny” slurs. At least one of the tweets was written as recently as 2016.

From where I’m sitting (and not judging — merely reacting), it’s much ado about next to nothing. Yes, the tweets were offensive and misguided, but I’ve read worse stuff directed at me by supposedly “woke” people who couldn’t handle a black writer daring to criticize Beyoncé and turned online bullying into an art form. It’s one of the reasons why I stopped using Twitter two years ago and never went back.

Here in the real world, you’d probably be hard pressed to find an active Twitter account that didn’t offend someone somewhere. Scouring celebrities’ Twitter feeds looking for evidence that they used to post dumb things there can make the people doing it look petty, unless they unearth something as unquestionably damning (and legitimately threatening to the greater public good) as an elected official decked out in blackface or KKK regalia in the ’80s.

When the Kevin Hart Oscar controversy started, I was furious. It wasn’t about the tweets. For me, it was more about the 2011 comedy routine in which he said that if he caught his then-three-year-old son acting gay, he would “nip it in the bud.” It was about the Academy of Motion Pictures Arts and Sciences thinking it was a good idea to hire a comedian with a homophobic past to host what was shaping up to be the most LGBTQ-heavy Oscars in history.

It also was about Hart’s response to the furor. Rather than listening to the criticism and welcoming a dialogue, he dismissed his critics as “negative,” swapping us away like the “haters” and “trolls” he and Ellen DeGeneres believe us to be.

His belated apology meant nothing because I don’t believe he really meant it. If he was, as he claimed, a changed man, who had nothing but love for everyone, including gays, he wouldn’t still be making movies with gay-unfriendly jokes, like 2015’s Get Hard and this year’s The Upside.

Wayans isn’t in the same league as Hart. When the PC police dug up his old homophobic tweets, he faced them with candor and respect. He expressed his contrition in a statement to Out, writing, “When I was a young comic trying to find my voice, I made some immature and hurtful tweets that I deeply regret at the expense of the LGBTQ community.”

Like, Hart, he insisted that he’s evolved, but unlike Hart, he seems sincere. His latest project is executive-producing Glamorous, an hourlong drama about a gender-nonconforming high school student that has received a pilot order from the CW network.

The Upside this clearly is not. Wayans’ production company, Two Shakes, will focus on projects featuring marginalized characters. It seems like a perfect opportunity for him to be an ally to the LGBTQ community, an invitation Hart declined outright.

“I am very proud of the work we are doing at Two Shakes entertainment,” Wayans said in the Out statement. “The company was founded with the mission of working with diverse voices, both in front and behind the camera.”

“We will continue to be committed to pursuing protagonists who don’t traditionally get to be at the center of a show and bringing their stories to the screen,” he added.

It’s a daring gambit and a laudable one, especially when you consider that homophobic comedy might be part of Wayans’ birthright. In the ’90s, his father, Damon Wayans Sr., became a star on the sketch comedy show In Living Color, and one of his more popular recurring skits was one in which he and David Alan Grier portrayed stereotypical gay black men.

I admit I found the skits quite funny at the time, never bothering to consider the message they were sending about gay men. Today, I doubt they would ever fly on TV. Should we cancel Wayans Sr. now because of them? Should we boycott FOX for airing his current TV series Lethal Weapon for three seasons?

What individual fans decide to do with newly acquired old information about stars is their personal choice. It’s important that we hold everyone — including celebrities — accountable for the things they say and tweet, but we should be wary of living too much in the past.

Most of us wouldn’t be able to survive the scrutiny under which we are now arbitrarily placing celebrities. We can’t escape our history, but we can learn from it. If we can forgive a homophobic parent who eventually comes around, like Nicole Kidman’s character in Boy Erased, surely we can bestow the same benefit of a doubt on a celebrity who gives us no reason to believe he hasn’t evolved.

Acceptance is what we, as a community, demand most. Shouldn’t we be open to giving the same thing in return?

Subscribe to Queerty for a daily dose of #life #apology #damonwayansjr. stories and more