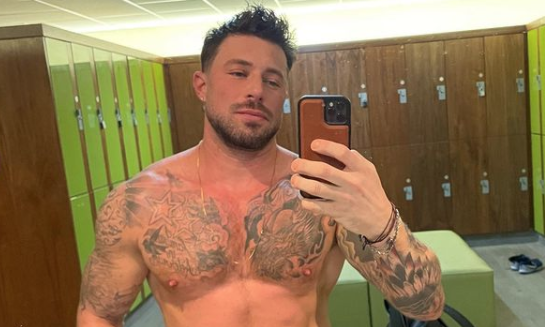 Singer Duncan James has opened up about expecting to be trolled after his upcoming appearance on the BBC One show MasterChef.

James says he anticipates hateful comments around his weight and use of Botox.

“Probably after MasterChef I’m gonna get a load of abuse because I had a bit more weight on there, and had a bit of Botox before I went in…” he said.

“So I have got a bit of the old eyebrow thing going on because it hadn’t settled,” added James. “So one thing I’ve learned is, never go on national television with fresh Botox!”

He went on to share his thoughts on trolling in general, a topic he’s spoken out about in the past.

“Online trolling is disgusting. Personally I believe that verification is needed [to be able to comment online].

“If you are going to say something you’ll have to own what you say… If you went on television and say it you’d get crucified – something has to change!”

“People can be quite nasty about me being gay and say quite horrible things about the fact that I’m a gay dad,” James told The Sun. “People have written to her, saying, ‘Isn’t it disgusting your dad’s gay? How do you feel? You must be ashamed of him,’ and stuff like that, and you’re just like, ‘Why are you writing to a kid saying stuff like that? Are you really crazy?’ People are just awful.””