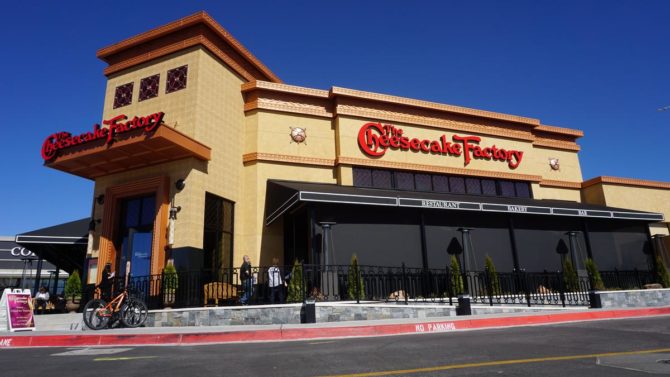 A former Cheesecake Factory employee is suing the company after he says managers discriminated against him for being straight when they allowed his gay co-worker to “touch him inappropriately.”

Jessie Ross was a dishwasher at a Cheesecake Factory in Providence, Rhode Island. According to his lawsuit, a male co-worker grabbed Ross’ butt and crotch while he was working a shift in August 2016. When Ross went to his manager, he responded by saying not to worry about it, that many members of the staff were gay, and that they engaged in such “rough” behavior all the time.

Afterwards, Ross claims he felt unsafe and continued to suffer discrimination, but management didn’t seem to care due to his “protected status as a heterosexual male.”

“I was an outstanding employee,” he says. “Why would I make something up?”

A few weeks later, he complained again. This time he told his manager he wasn’t comfortable working there until something was done. That’s when the manager cussed him out then fired him on the spot.

Ross says he continued to receive threatening phone calls and text messages “in an effort to intimidate him and cover up his firing.”

Ross’ lawyer, Joseph Daigle, says he has evidence to support the accusations.

“It is important to remember that an employer cannot retaliate against an employee in any way just because the employee has reported harassment,” Daigle says.

He adds: “Punishing an employee for complaining about or opposing discriminatory treatment opens an employer up to a lawsuit under both state and federal employment discrimination laws.”

State and federal laws ban discrimination based on sexual orientation, gender identity, and sex in employment.