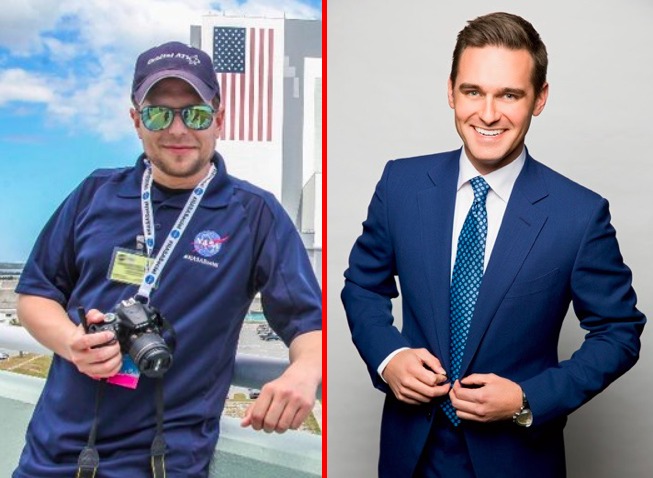 Yesterday, Politico published a bombshell report accusing the young Republican of using his ex-girlfriend’s nude photos to create a fake Instagram account in order to “catfish” other guys into having “graphic conversations of a sexual nature”.

Now, in a series of very cryptic tweets, a man claiming to be Sauer’s former college acquaintance has come forward with even more shocking claims against the disgraced lawmaker.

Krum attended Southern Oregon University and University of Denver purportedly with Nick Sauer. And apparently they didn’t get along.

In a series of tweets written yesterday, Krum makes some pretty startling accusations against Sauer and implies that what we learned yesterday may just be the tip of the iceberg.

It all starts with this tweet, in which Krum calls Saucer “toxic” and “narcissistic”: 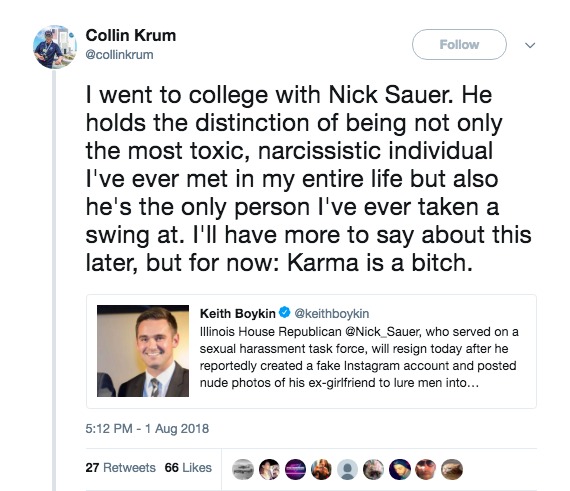 But he doesn’t stop there.

Krum goes on to say that he knows “dozens of people” who have allegedly been violated by Sauer, who he labels a “predator of the highest order”, over the years. He also makes a public call to Sauer’s accuser, Kate Kelly, and her lawyers to reach out to him:

In a followup tweet, Krum goes into further detail about the alleged violence he suffered at the hands of Sauer, which he says involved an electric razor:

When asked by someone if he was talking about going to college in Denver, Krum claims that, yes, the two lived together, had several classes together, and knew each other well:

In his resignation letter, Sauer didn’t admit to any wrongdoing. Instead, he said he was stepping down “as a result of the allegations” by “a former girlfriend” which he believes will a “distraction” from his job.

“After speaking with my family, I feel it best to step away from my public responsibilities,” the letter stated.

Not surprisingly, Krum also has an opinion on Sauer’s resignation letter:

We have a feeling this is going to get ugly. We’re now patiently waiting for whatever shoes are yet to drop…