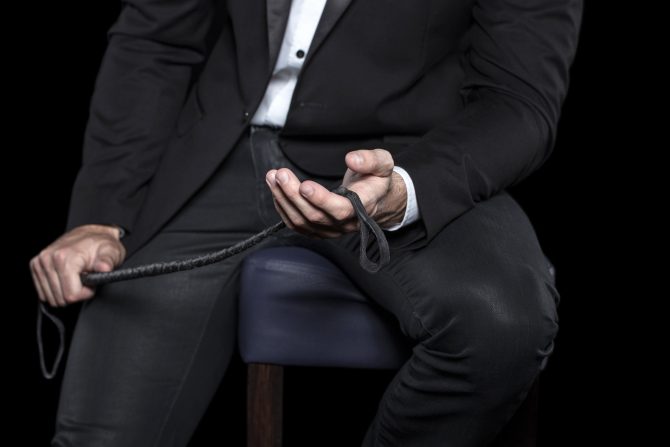 File this under HR headaches: A guy who’s been unemployed since the pandemic crisis started is now considering working for his former dom.

This particular Reddit user told his brethren in the r/askgaybros forum that he hooked up with this “tall, muscular, and hung” dom a while ago and broke things off because the dom is married.

But through a twist of fate, the two happened upon each other on Adam4Adam and started chatting again. “He immediately tells me that he is looking for an assistant to work for his company and that he could pay me a decent salary when I look for a new role,” the Redditor wrote. “He complains that everyone who applies is an idiot and he knows I am smart enough to do it.”

Related: His boyfriend wants him to sleep with his boss for a promotion… should he do it?

As if to make the situation even more fraught, the dom also mentioned the possibility of sex in the workplace. “He insists that we could fool around sparingly if the opportunity arose, but that it wouldn’t be required and that he primarily wants to hire me because he thinks I am smart enough to do the job,” the guy added. “To quote him, ‘No, I actually need to fill the role. I know you can do this which makes my life better. Maybe the sex does or doesn’t happen. But I need someone regardless.’”

One commenter on the thread was all about the idea. “What have you got to lose?” that commenter wrote. “You could always quit if it doesn’t work out.”

Recommended another: “Take the job but insist on no sex. Also insist on going through the normal interview and hiring process, you’re not taking any special favors. You want to be treated like any other employee and that includes the sexual harassment and relationship restrictions.”

And a third commenter suggested taking screenshots of the conversation. “He’s given you the perfect out or defense material if he tries to go back on his word that he wouldn’t inherently expect sex.”

Others, however, seemed to think the original poster should look elsewhere for employment. “He’s definitely going to ask for sex whenever he wants,” one user wrote. “Are you willing to do that?”

“He’s trying to hire you so he has an easily-accessible Fleshlight at work,” said another. “If you’re okay with that, go ahead, but I don’t think this is gonna end well. The power dynamic is so f*cked up.”

Added someone else: “Honestly be careful with stuff like this. Not only myself but others have dealt with this. If he’s the type to get angry easily, then you might get fired fairly quickly. Or if he also gets bored or you no longer want to have sex, then you’re not going to like where this ends. Just my own perspective.”

By the way, a 2018 EdenFantasy study found that 44 percent of people polled had had a workplace romance and that 1 in 5 workplace romances resulted in a lost job. The survey also found that 14 percent of respondents had had sex at their workplace and that 1 in 5 of those people was caught in the act. Just words of warning here, people! Sometimes a little work/life separation isn’t a bad thing.