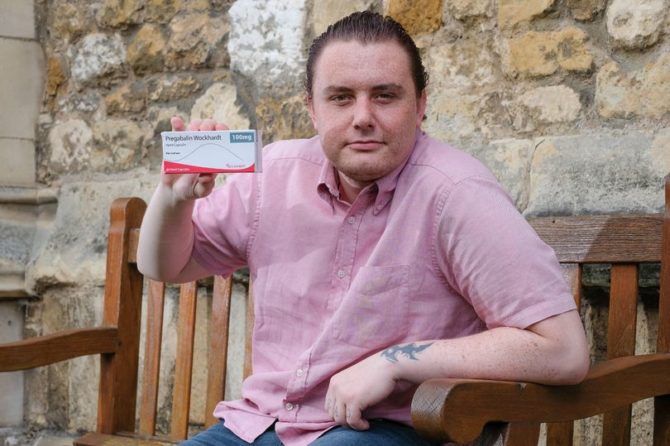 A 23-year-old man from the U.K. claims the painkillers he was prescribed after a go-karting accident earlier this year have turned him gay forever.

Once upon a time, Scott Purdy says he was a “hot-blooded heterosexual” who enjoyed the company of many different women. That is until he started taking painkiller Pregabalin, also known as Lyrica.

“I noticed my libido for women had gone and I was wanting male attention,” he claims in an interview with the Daily Record.

Scott began taking the drug after breaking his foot earlier this year. He now believes it caused him to completely lose his desire for women, dump his girlfriend, and begin pursuing relationships with men.

“I was with a girlfriend I had been with for around six months,” he recalls. “A couple of weeks after I started taking it I turned around and said I didn’t find her physically attractive anymore.”

“I said to her, ‘I don’t really know what’s happening to me and I told her I like men and I just can’t be with you.’ She was relatively understanding, as understanding as you could possibly be.”

Scott claims he had “never been interested in men” prior to taking the drug, although he admits, “When I was younger I was a little bit curious but…”

Pregabalin is typically used to treat epilepsy, pain associated with the brain, and generalized anxiety disorder. Its side effects include loss of libido and mood swings.

“I stopped taking it for a few weeks and that desire for men just left,” Scott says.

“I want to keep on taking it because it makes me feel happy about my sexuality. It’s made me feel very open. It’s liberating. Pregabalin is also used to control paranoia and anxiety. It’s made me so open and not bothered what people think or say.”

After declaring himself official gay, Scott created a Plenty of Fish account, where he says he is enjoying chatting with a man in London.

“It’s really what I’m craving right now,” he says. “I want to be with him right now.”