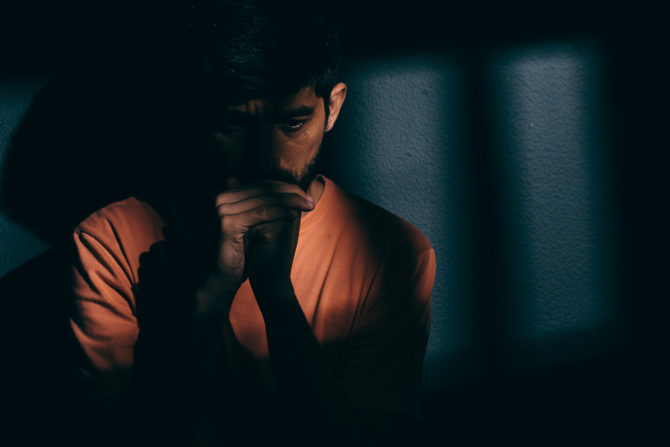 Gabriel Guzman spent ten years in prison for having sex with a minor beginning when he was 17 years old. As a gay Latino man, he was a double minority among the prison population.

Guzman says he was often the target of homophobic abuse, both at the hands of other inmates and from prison staff. As a result, he spent a lot of time in solitary confinement, sometimes for months on end.

Sadly, this sort of treatment is not uncommon for LGBTQ prisoners.

In 2014, a class action lawsuit filed by over a dozen former and current queer inmates of San Bernardino County Jail in California. The lawsuit alleged mistreatment and discrimination based on the prisoners’ sexual orientations, including being held in solitary for longer than is allowed and being denied access to rehabilitation programs.

The U.N. declares stays in solitary confinement longer than 15 days tantamount to torture, except in certain cases.

When he wasn’t locked in the hole, Guzman spent much of his time working out in the prison gym. He says he tried to become as physically intimidating as possible in hopes of avoiding further abuse or harassment, and to stand up for other gay prisoners.

“You have to be on your toes,” he explains. “I always had to be the strongest person in the area, and that was really taxing. I spent a lot of time in segregation for defending myself or others because I did not tolerate others being victims.”

As a result of spending so much time in solitary confinement, which Guzman estimates was probably around three years of his ten year sentence, Guzman now says he has trouble maintaining eye contact with people.

“When you are in isolation, you are cut off from anything stimulating. It’s very demeaning and very tough.”

Guzman was released from prison earlier this year. In April, he spoke before a prison reform group at Roosevelt University in downtown Chicago. He’s currently working on reintegrating back into society after ten years behind bars.

Evie Litwok, a former-inmate-turned-prison-reform-activist, tells Progressive.org that much of the abuse that LGBTQ prisoners suffer goes unreported because it happens behind prison walls.

“Prison is about punishments,” Litwok explains. “And if you are queer, you are punished more.”

“If you think the United States has any permission to say other countries violate human rights,” she says, “then you haven’t been inside of the jails, detention centers and prisons in America.”