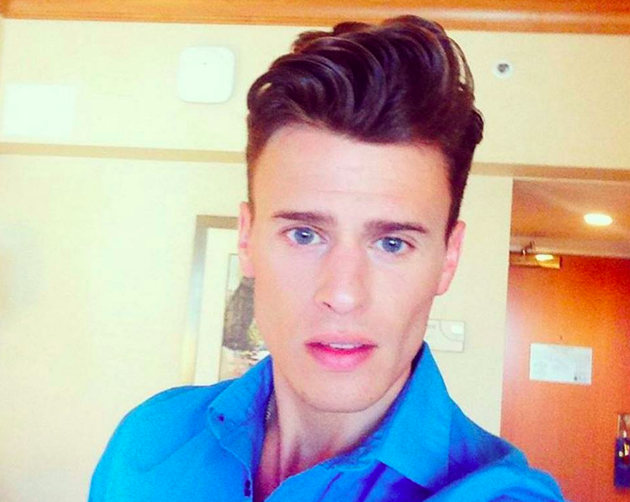 Former ’90s kid actor Blake McIver has deleted every single one of his social media accounts after making an AIDS joke on Twitter.

At 5:13 AM yesterday morning, McIver tweeted: “So is Pose just Glee with a viral load now?”

“I have #HIV antibodies older than you, sir, and never in my life has punching down been hilarious — or a good career move,” King responded. 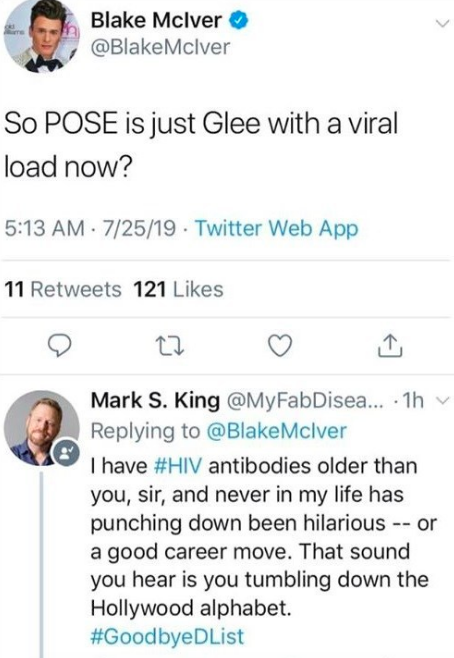 Others were equally as outraged.

“What did you think was a good idea about making an AIDS joke tweet?” another asked.

“Take. This. Down.” a third person commented. “Absolutely not ok.”

He has effectively scrubbed the internet of his entire social media presence, which, honestly, is probably for the best. At least, for the time being.

New Now Next notes that this isn’t the first time the actor-turned-go-go-boy has found himself in hot water over a social media post. In January, he went on a Twitter tirade during Rent Live, which he later blame on his mental state.

“I had a severe manic depressive episode last night and although it’s not an excuse for what was said publicly and privately, it’s a reason,” he explained.

Some have already declared McIver “canceled” and are vowing never to support him again. We’re not ready to completely throw the guy under the bus yet, but we’d definitely like an explanation.

Blake, if you’re reading, you know how to reach us.