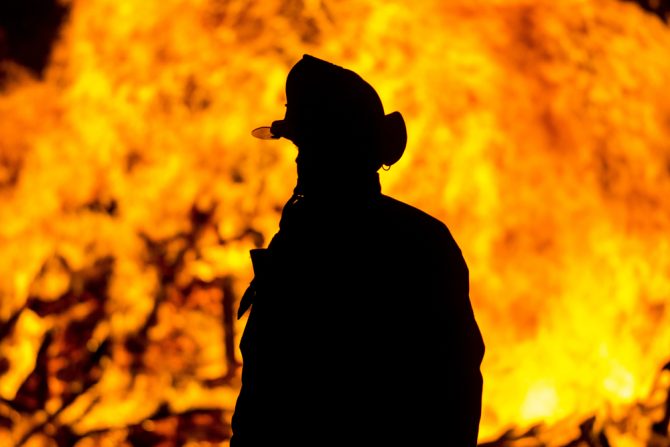 A former FDNY probationary firefighter just received an $80,000 payout from the city after suffering months of homophobic abuse, including demands he “have sex with a stripper” to prove he wasn’t gay, from colleagues.

28-year-old Michael Troina claims that firefighters at Ladder Co. 1/Engine Co. 7 in Tribeca subjected him to bizarre hazing rituals and homophobic bullying. Not only that, but management knew and did nothing about it.

According to his lawsuit, which was filed in Manhattan Federal Court in May 2018, the other firefighters would “regularly harass him by encouraging him to have sex with a stripper” and mock him for being a “hyper-feminine homosexual male.”

When they learned Troina liked to play video games, they called him “a loser with no life” who “can’t be a retarded kid forever,” the suit alleges. From then on, they would ask if he “was going to go play some ‘Pokemanz’ Go, because he has no life.”

The suit also says the firefighters made Troina engage in bizarre punishments, including making him “eat orange juice that he brought for his breakfast with a fork from 12 different plates.” Afterwards, they made him wash all the plates.

But one of the most disturbing allegations involved Trioina’s personal vehicle. According to the suit, his “car was vandalized with peanut butter in every door handle, oil and soap was plastered over the entire car, garbage and papers were smashed into the windows while ceiling tiles, boxes and wires were situated to block access to his vehicle all around.”

When Trioina complained to higher-ups about the abuse, he says he was only met with more retaliation. Finally, in December 2016, he was fired. (FDNY claims he resigned.) As a result of the abuse, Trioina suffered from anxiety that required him to go to therapy.

The settlement, which happened quietly last month but was not reported until this week, happened the same week another man from a different FDNY station planned to go to court over allegations that firefighters sexually assaulted him when they forced him to participate in a nude hazing ritual as a rookie.

In a statement, a spokesperson for FDNY said, “We take any instance of misconduct extremely seriously, and settling this case was in the best interests of the city. FDNY has a strict anti-hazing policy and will hold staff accountable when it’s violated.”