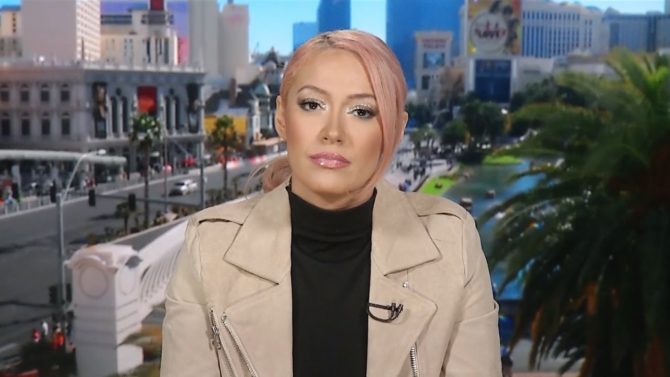 A former member of the pop group the Pussycat Dolls has posted a series of anti-transgender remarks on her Twitter account, earning the ire of the internet.

Kaya Jones, 34, performed with the “When I Grow Up” songstresses for just under a year before deciding to pursue a solo career. Now, Jones has attacked the transgender community, expressing her disgust over a gender-neutral bathroom.

“How would you feel about your child using this bathroom?” Jones wrote in her tweet.

How would you feel about your child using this bathroom? pic.twitter.com/W9HSqDUzCx

It didn’t take long for the internet to strike back, led by transgender activist Juno Dawson. “Have you ever been on a plane bbz?” Dawson asked.

Have you ever been on a plane bbz? https://t.co/Ouh8Ftka8G

Jones went on to call herself a “warrior” for her gender, and accuse the left of being “hateful” for advocating gender-neutral bathrooms.

“Why is it controversial to say I don’t think women and men should share a public bathroom,” she tweeted. “Just curious. And how did we go from separate toilets to shared ones.”

Since the failure of her solo career, Jones has become an ardent supporter of Donald Trump, going so far as to join his Diversity Coalition as a Native American representative.

Genealogists and a spokesperson for the Cherokee Nation have said that Jones does not have any American Indian ancestry. Jones has also claimed that the Pussycat Dolls was also a covert prostitution ring.