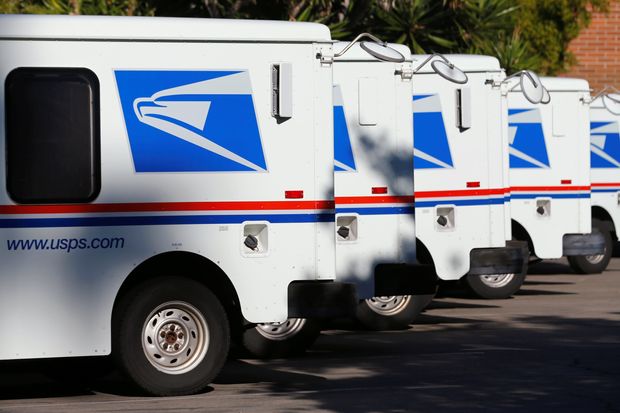 A former letter carrier from Lehigh County, Pennsylvania has just filed a discrimination lawsuit against the United States Postal Service after he says he was harassed incessantly and eventually fired for being gay.

The man’s name has been redacted from the federal lawsuit to mitigate any risks of stigma or retribution. He is being referred to as simply John Doe.

According to the lawsuit, Doe, who is HIV-positive, worked for 12 years as a letter carrier. He was based out of the Postal Road branch of the postal service in Hanover Township, Lehigh County. That is until this past August, when he was let go.

Doe claims that, thought his tenure with USPS, his coworkers repeatedly used antigay slurs against him, including calling him a “sick f*ggot” and “Glinda,” the female witch from The Wizard of Oz, and mocked him for wearing his shorts “too tight.”

But it wasn’t just his coworkers. His manager did it too, allegedly telling him one day, “I f*cking swear to God I’m gonna get his ass fired.”

That day came on August 19, 2019, when Doe was told he was out of a job after being falsely accused of kicking a coworker.

The coworker’s name was Lisa Williams. In his lawsuit, Doe says Williams lied about the incident when she contacted police almost a week after it supposedly happened. Police charged him with harassment, but the charge was later dropped.

Managers dragged things out further by waiting another 40 days before conducting their mandatory pre-disciplinary interview with Doe, then waited another 53 days before giving him his “notice of removal.”

The day Doe was fired, Williams allegedly told her coworkers, “I’m so glad they finally got rid of that fruitcake,” according to another colleague who overheard her, the lawsuit states.

As a result of being fired, Doe says he became depressed and now he doesn’t know how he’s going to pay for his healthcare costs, including his lifesaving HIV medications.

He is asking for his job back and to be paid for the time since he was terminated. He also wants compensation for pain and suffering and embarrassment.

USPS spokeswoman Karen Mazurkiewicz said she couldn’t comment on pending litigation but maintained that the U.S. Postal Service is “committed to providing a work environment free of harassment or other inappropriate conduct based on race, color, religion, sex, national origin, age, mental or physical disability.”