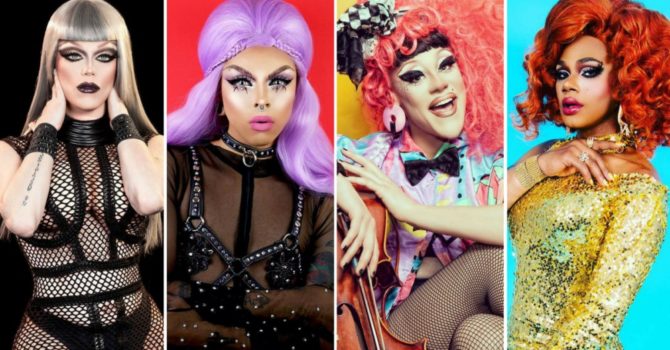 The RuPaul‘s Drag Race Fan Group on Facebook boasts over 70K drag-loving superfans. If you need a steady dose of all things Drag Race, especially as All Stars season 3 is set to premiere later this month, we recommend joining. Just think of all the memes you’re missing out on.

We caught up with the goup’s founder, Jenn D’Role–in case it’s not clear, she’s a drag queen herself–to ask the tough questions, covering everything from Drag Race to Drag Race memes, to auditioning for Drag Race. Yeah, it’s that kind of interview.

Here’s what she had to say…

Where are you located? And can we see you perform anywhere?

I currently live in New Rochelle, a town in Westchester outside of New York City. You can catch me performing in Brooklyn! I do a monthly queer POC latinx party called “YAS MAMA” with my sisters Horrorchata and DJ Hannahlou.

What city has the most members of the RuPaul’s Drag Race Fan Group?

RuPaul’s Drag Race Fan Group unites the most passionate fans from all over the world. While we are all share a strong love for RPDR, I think Brazil has an incredible amount of fans! Their fandom is the most intense I’ve seen in the community far.

When you decided to make this group, what were you hoping would happen?

When I decided to make the RuPaul’s Drag Race Fan Group, I was hoping to connect with other fans and bond over a shared passion for RPDR. I grew up in a really small town, and when I was watching RPDR and really falling in love with it, I had no one to watch it with me. I wanted to build a supportive community that shared the same passion for RPDR as I did, so we could come together as a community and talk about all the herstoric moments. Facebook Groups gave me an amazing platform to connect with people all over the world, helping me find a supportive and engaged community!

Have you ever auditioned for the show?

Not at this time. Drag Race is a show that requires contestants to be in their element in every sense. Every queen has an amazing sense of who they are both as a performer and as an individual. I would love to audition when I feel I’ve gotten to that point but I’m still so early in my performative career. I have a lot to learn and a lot of experience to gain.

First, and most recently, Valentina’s elimination is one of the most beautiful and jaw dropping lip syncs we’ve ever seen. Starting a lip sync with a mask, then having Ru stop the entire thing asking her to remove it, only to learn that she didn’t know the lyrics was insane. We knew in that moment our beloved Valentina would be going home after having an amazing season.

Secondly, Alyssa Edwards and Roxxy Andrews season 5 lip sync to Willow Smiths’ “Whip My Hair” was iconic. When Roxxy pulled off her wig … just to reveal another wig, even Ru was at a loss for words. The T was served and that was probably the most epic reveal in Drag Race history.

Last, Willam’s elimination in season 4 was intense. She got disqualified for breaking the rules, which was scandalous enough on its own BUT we had just got finished watching rivals Sharon Needles and Phi Phi O’hara go head to head. Waiting to hear who was going to leave in that moment and then hear Willam’s name, legendary!

And top 3 drag memes posted in your group — 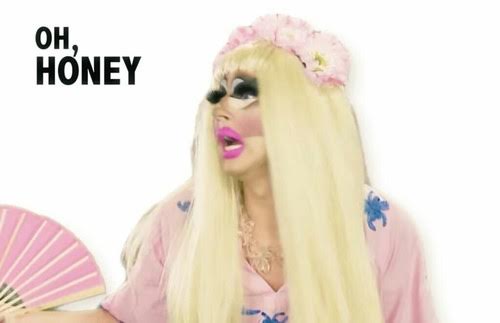 Drag Race Fantasy League is similar to fantasy football. You pick your contestant, add up scores as the season goes on and tally it up to see who has the highest score. It goes by a negative or positive point system based on who wins/loses a mini challenge, top/bottom runway looks, won/lost main challenge, had the best/worst lip sync, etc.

‘All Stars 3’ is coming up soon — are you rooting for anyone in particular?

I’m rooting for Chi Chi Devane! She is one of those queens who started from very humble beginnings, just like myself. She used her resources, her passion and her creative spirit to inspire her innovative looks. Chi Chi is also one of those performers that can embody any song thrown her way and capture the message of the song through her performance.

Definitely Trixie Mattel, Morgan McMichaels and hopefully Chi Chi! Trixie is very smart but mildly irreverent. She is coming back in the game way more comfortable than last time. Morgan is easily going to be underestimated having been from season 2, newer fans may not be familiar with her. I think she has had plenty of time to hone her skills and prepare for the fierce competition this time around.

What’s one thing you would change about “Drag Race”?

I would love to see the inclusion of Drag Kings. Drag Kings could add another layer to the show and I think it would be amazing.

What is it that makes a Drag Race superfan?

A Drag Race superfan is somebody that has watched every season more than once, know what girls lip-synced to what song and someone that embraces the message Drag Race shares. Ru Paul’s Drag Race is all about loving yourself, finding your community and making the world a better place through the miracle of drag. And that’s exactly what RuPaul’s Drag Race Fan Group aims to inspire.

What’s something that’s surprised you about the community you created as it began to take shape?

What surprised me about the community as it’s evolved and taken shape is the amount of passion RPDR fans have! This fandom is an amazing place for love, laughs and sharing a passion for drag. It’s a privilege to have built this community.