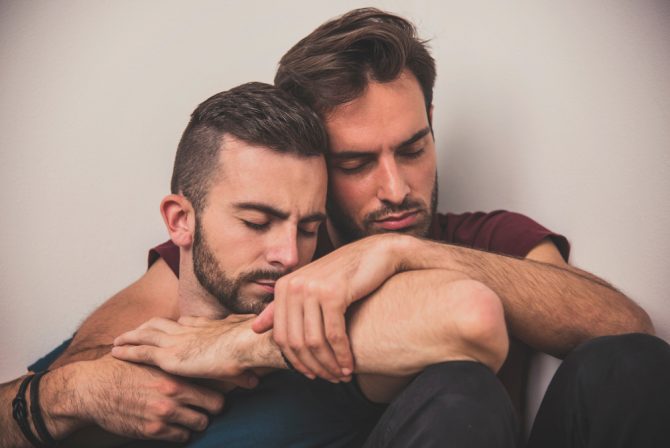 Last week, we told you about Dan Carter, the owner of Danimal Yoga in Washington, D.C., who recently began leading all-male naked yoga classes for gay and bisexual men.

This week, we thought we’d tell you about the Gay Cuddle Club in London, which aims to reintroduce lonely gay and bisexual men to the concept of physical intimacy without ever taking off their clothes.

“Being a gay man, I noticed the lack of connections I had,” he tells Gay Star News. “We gay men are the worst enemies to one another. We are sometimes not so nice to each other and we don’t connect to each other.”

This is a group for any gay/bi men interested in spirituality, love, cuddles, energy healing, intimacy, connection with other gay men in London. We will nourish ourselfs [sic], look into each other eyes, recognise the beauty in everyone and everything, guide us into feelings of freedom, peace, love, healing.

Each session lasts about two hours and includes friendly cuddling and plutonic massages.

But that’s not what it’s about. Seriously, it’s not. The club really is about cuddling and connecting. Though, Miguel says, he understands why it may inspire feelings of sexual desire in some people.

“With intimacy, people think it has to come with sex. Because all the time you have intimacy, you have sex.”

The club, which was founded in 2014, has over 5000–yes, 5000!–members on MeetUp and hosts several cuddling events per year, attracting as many as 40 guys per session. Afterwards, they might hit the local gay bar or go out and do some other fun, non-sexual social activity.

“I think because [London is] a big city with a lack of communication,” Miguel says. “The city of London is very big and very fast. You go to buy a coffee, you can’t even talk to the person serving you the coffee.”

Cuddling, he says, is a way to remind everyone to slow down, relax, and connect.

Related: Why straight guys are seeking groups where they cuddle other men