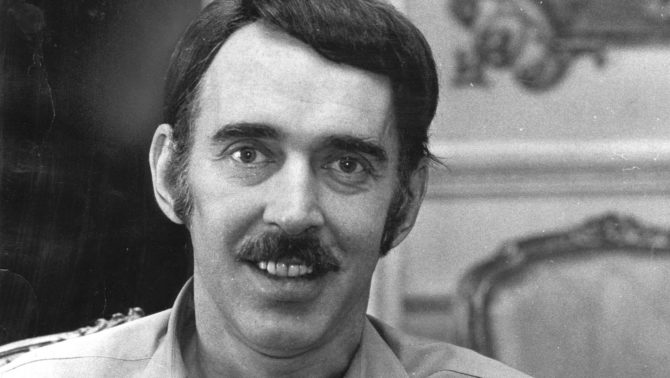 Chuck Renslow, the founder of the iconic International Mr. Leather, passed away over the weekend. Renslow died of heart failure on June 29. He was 87.

Renslow was born in Chicago. He developed a reputation as a pioneering homoerotic photographer in the 1950s, and often photographed beefy models that appeared in mail-order publications including Triumph, Mars and Rawhide Male. It was through his photography work that he met his partner, Dom Orejudos. (And one point, he and Orejudos faced obscenity charges for their work but they were eventually dropped.)

Renslow was also a vocal advocate for LGBTQ rights. He helped organize Chicago’s first Gay Pride Parade, and took over Gay Life, a struggling LGBTQ newspaper, until it closed down in 1986.

“He really was an incredible forebear of our movement, starting in the 1950s as an openly gay man and entrepreneur,” Tracy Baim, author of Leatherman: The Legend of Chuck Renslow, told The Chicago Tribune. “He was one of five or six people from the pre-Stonewall gay movement who were the bedrock of the Chicago gay movement.”

Renslow is survived by his partner Ron Ehemann, and two sons, Robert Wilke and Patrick Corcoran.