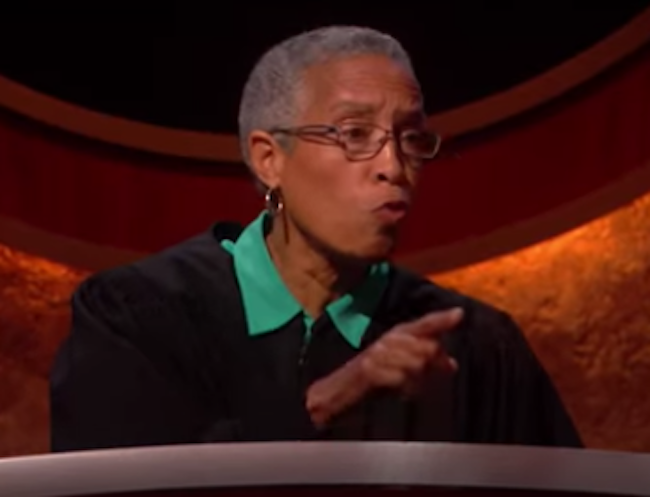 Doing their part to make the present feel like some Orwellian future, Fox has decided to give actual civil court cases the “American Idol” treatment.

You the Jury is a defenseless excuse for entertainment hosted by always-execrable lawyer/scowling head Jeanine Pirro and featuring angry lawyers, gasping audiences, and a set design and overall vibe apparently cribbed from Hunger Games.

Cases will be presented to former Superior Court of California judge LaDoris Cordell.

As Variety reports, here’s the strangest part: Viewers get to vote for five minutes (through texts and the Fox Now app) once all the arguments are in.

Then, the vote on the verdict –presented live and legally binding — will reflect the decision made by average American lunatics.

If the verdict changes once the East/Central votes pour in, the original verdict will be effectively overturned, making everything even more confusing and inadvisable.

Is the executive producer Shirley Jackson?

Producers could easily keep costs down by replacing all the high-profile lawyers with abused lions.