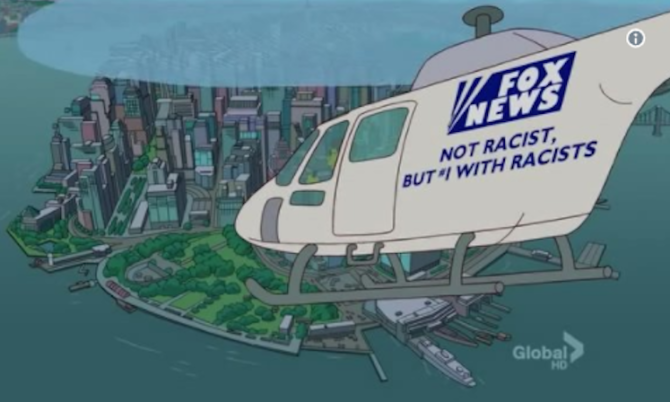 Fox News’ “Fair and Balanced” slogan has been an open joke since day one, but the irony is sadly lost on the denizens of viewers who tune into the conservative network. Now the brainchild of the late, great Roger Ailes is opting to take their branding in a different direction, replacing “Fair and Balanced” with “Most watched; most trusted.” It’s frightening to think both those statements might actually be true.

So Fox News officially dropped the "Fair & Balanced" slogan. They had to. They couldn't tell that lie forever

Fox News is dropping their "Fair & Balanced" slogan and just going with this: pic.twitter.com/rlj123WLJ2

So @FoxNews has abandoned its slogan 'Fair & Balanced' in favour of a new one: 'Most Watched, Most Trusted'. Well, everything's relative.

Fox News drops "Fair and Balancced" slogan. I guess they didn't want the FTC coming after them for truth in advertising violations.

Just heard Fox News is dropping the "Fair & Balanced" slogan! Hope this doesn't mean the end of their commitment to non-biased journalism.

It's the first honest thing they've ever done… pic.twitter.com/vkftysQCsg

Fox dropping "Fair and Balanced" is like Barry Manilow coming out of the closet at 70. Who exactly was still being fooled?

It was never the case, kids.

Fox News is apparently ditching the "fair and balanced" bit and going with something more nuanced. pic.twitter.com/xysOUMVlx6

If a fig leaf falls in a forest and no one is around to hear it, does it make a sound? https://t.co/smvjLrKWkZ

Stephen Colbert also had a few thoughts about the switch: