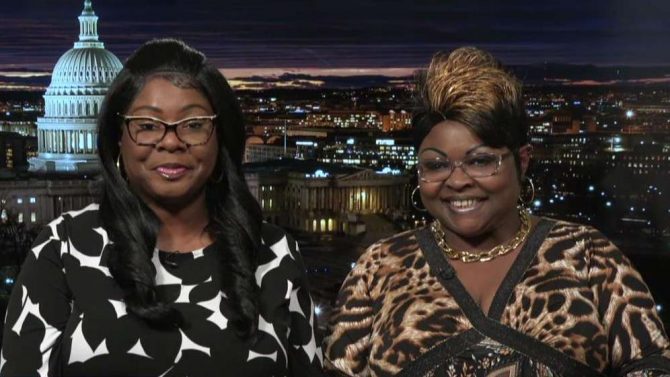 Fox News appears to be doing more preemptive damage control as it braces itself for the “legal bloodbath” it may soon be facing for the way it mislead viewers about the severity of the coronavirus pandemic.

The network has just cut ties with Diamond & Silk (aka Lynnette Hardaway and Rochelle Richardson), the coronavirus conspiracy theorists who frequently appear as guests on Fox News shows and have contributed original content to its online streaming service Fox Nation since 2018.

The sudden split comes just a few weeks after the network also fired one of its most popular prime time hosts, Trish Regan, after she labeled the coronavirus pandemic a politically motivated “scam” by Democrats.

Over the past several weeks, Diamond & Silk have used Fox’s platform to peddle all sorts of bogus conspiracy theories and flat out lies about the coronavirus, including claiming that it was  “engineered” in a lab and that it’s being “deliberately spread” by the “deep state.”

“After what they’ve said and tweeted you won’t be seeing them on Fox Nation or Fox News anytime soon,” a source tells The Daily Beast.

At one point, the sisters tweeted that if you expose yourself to the virus you will become immune to it. Twitter later deleted the tweet. In response to the tweet being deleted, they posted a video discouraging people from accepting any coronavirus vaccine that Bill Gates was involved in because he’s pushing for “population control.”

The network has not responded to any requests for comment on Diamond & Silk’s abrupt termination; however, in the past it has often dismissed their outrageous falsehoods by saying the women aren’t technically full-time Fox employees, which, apparently, frees the network of any responsibility for the things they say on its platform.

The termination comes shortly after the network was hit with a class action lawsuit by a nonprofit in Washington State accusing it of “willfully and maliciously” spreading false information about the severity of the coronavirus pandemic.

The 10-page complaint, filed last month by a watchdog organization called the Washington League for Increased Transparency and Ethics, accuses the network of launching a “campaign of deception and omission regarding the danger of the international proliferation of the novel coronavirus.”