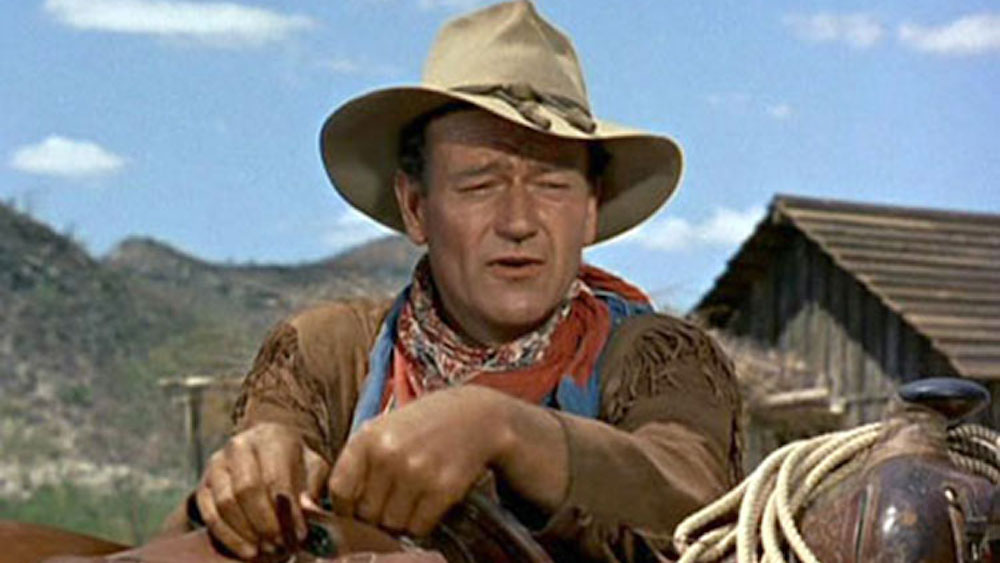 In a recently resurfaced 1971 Playboy interview with John Wayne, Wayne called gay men “f*gs,” called gay love “perverted,” said “I believe in white supremacy” and claimed that Europeans did nothing wrong in killing Native Americans who “were selfishly trying to keep [American land] for themselves.”

In the interview, Wayne also said that black Americans were less intelligent than white ones and shouldn’t be admitted into colleges until they become more educated. He also implied that Hollywood treats white actors and actors of color equally, completely ignoring the reality of systemic racism in public education and employment.

Even in their full context, Wayne’s statements are abhorrent. So naturally, Fox News had to step in and defend him (because dead ultra-macho film actors need defending, apparently).

Jesus fuck, John Wayne was a straight up piece of shit

On Laura Ingraham’s show, The Ingraham Angle, the infamous conservative talking head—who has her own history of nasty racist and queerphobic rhetoric—defended Wayne.

Her guest said, “What I don’t like about … these stories is we’re judging the past in light of shifting moral, ethical and cultural codes of today. We can’t do that.”

Vestige is a word that means “something that has become useless in the light of evolution.”

Her male guest goes on to call John Wayne an iconic image of America and says that his critics are impugning America by criticizing him. He adds, “If you want to settle a racist scores, talk to Jussie Smollett, go talk to the Governor and Lieutenant Governor of Virginia. They got plenty of scores to settle… Deal with the living, not the dead.”

Laura Ingraham *defends* John Wayne's comment that "I believe in white supremacy until the blacks are educated to a point of responsibility."

"The is what the Taliban does…rip down historical markers," she says. "They don't want any vestige of what was” pic.twitter.com/pA02fgaamr

By bringing up a black gay actor accused of faking a conservative hate crime, a Democratic leader who did blackface and another accused of sexual assault, Ingraham’s guest resorts to diversionary whatabout-ism that entirely misses the point.

Related: Laura Ingraham: I Will Always Be Against Gay Marriage

Ingraham would like to imagine that Wayne’s critics are no better than terrorists or murderers, attempting to turn her viewers violently against them. But instead of blaming modern people for unearthing Wayne’s comments, she’d do better to understand why he said such awful things to begin with.

Wayne’s family has defended the actor, stating that he treated everyone fairly during his lifetime and was married to three different Latina women. (You can be married to women of color and still say racist and homophobic things, by the way.) Wayne died in 1979.