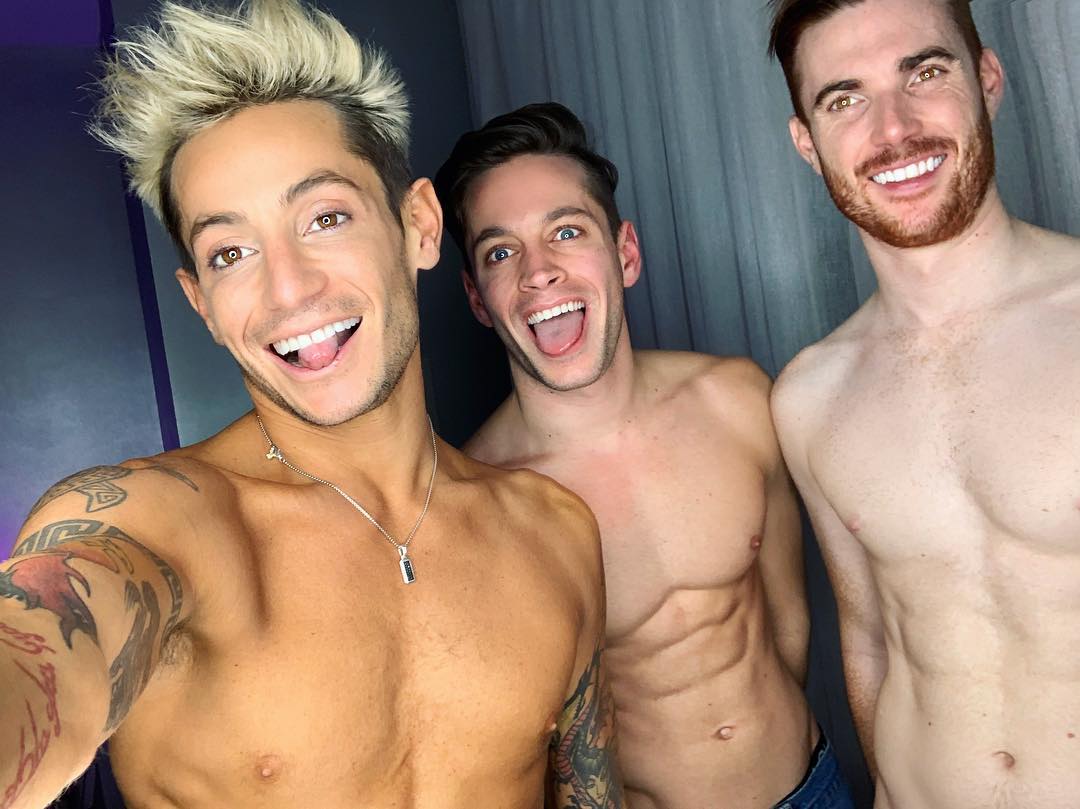 Last November we learned that Ariana Grande’s older brother Frankie was in a throuple with two other dudes. Yeah, well… now they’ve broken up, and we’re actually kinda sad about it.

When Grande first announced his two other boyfriends — the married couple of attorney Daniel Sonasohn and doctor Mike Pophis — he said they’d already been dating for three months.

But in a recent interview, Grande admitted, “I am single. I’ve been single for about a month now.”

He said, “I’m super grateful for my last relationship. I grew so much in it, and at the same time, it wasn’t working out anymore. I’m super glad that we decided to end things amicably. And that we can all remain friends.… that’s the important thing.”

Grande continued, “A throuple … [was] so complicated. You have double the highs, double the excitement … but also double the lows, double the drama. My emotions were so high and so heavy. As breakups go, it was a good one. It was definitely a good one. But I felt everything.”

Related: Frankie Grande Joins The Growing List Of Male Celebs Showing Off Their Glory On Camera

He also mentioned that the three had very different schedules, but they usually tried to hang out as a group.

Grande’s openness about his ex-boyfriends was refreshing in a queer-phobic culture that over-values single-partner monogamy. Australian researcher Kelly Cookson estimates 1.2 to 9.8 million Americans are in some form of non-monogamous arrangement, suggesting that throuples and other open relationships account for anywhere between 0.5% to 4.3% of the entire US adult population.

Two-person monogamy is by no means the historic human default. Civilizations throughout history have allowed for polygamy, open relationships and extra-marital sex in in addition to two-person unions. If anything, Grande’s throuple was only “modern” in that it embraced something that’s been going on for centuries.

If more people like Grande were open about such romantic arrangements, they could encourage more celebrities and TV and film roles to embrace these relationships, giving others genuine insights into expressing their love and desire outside of two-person relationships.