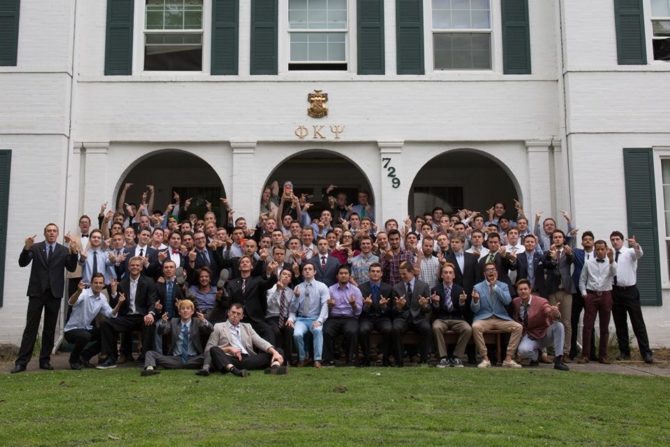 Another day, another group of frat boys caught being douchey, homophobic a-holes. This time it’s the guys from the University of Oregon’s Phi Kappa Psi chapter.

A 32-page document containing a list of the names of UO Phi Kappa Psi members followed by questions for each member has surfaced online. The questions contain all sorts of antigay slurs, rape jokes, anti-semitic remarks, and other hateful and derogatory language.

The front page is labeled “Brothers of Phi Kappa Psi.” Some of questions inside the document include:

As a result of the defamatory document being leaked, the frat has been temporarily suspended while the university decides how to handle the matter. Dean of Students Marcus Langford called the document “troubling.”

Meanwhile, the university’s Phi Kappa Psi chapter president Michael Wagemann says he “highly doubts” the document was made by any member of his fraternity, adding that the fraternity does not “condone or promote” the language used in the document.