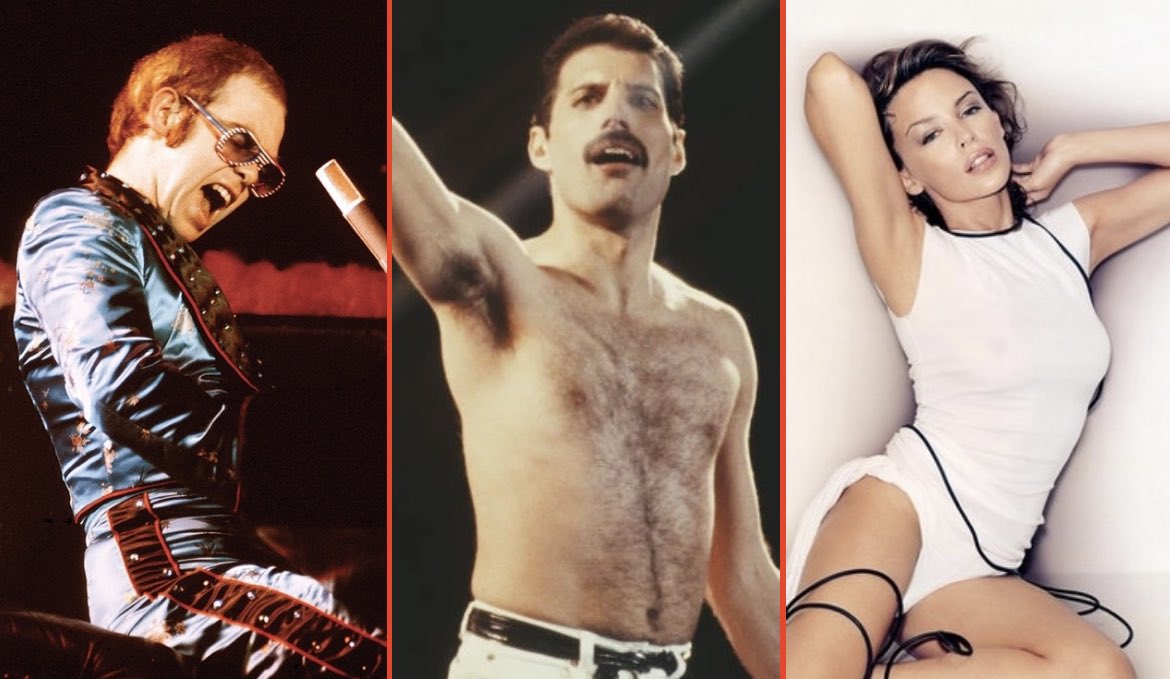 “This week may trod me in the very dirt, but still, with bops, I’ll rise.” – Maya Angelou, almost

Welcome to the weekend, Queerty reader!

It’s been one heck of a turbulent week. Texas took aim at PrEP coverage, L*a M*chele took to the stage, and Britain’s most honored girlboss exited stage left.  Turbulent is actually probably an understatement.

This week in queer music history is, likewise, a whirlwind. Looking back, we see things like the peaks of diva careers and the lives of musical icons drawing to a close.

From waving goodbyes to days of our lives, here’s your weekly bop rewind:

Mr. John made his flamboyant musical presence memorable in a million different ways, but this song cemented him in the Friend of Dorothy Hall of Fame for eternity. Also cemented was his status as an expert songwriter, this entry being exemplary of his skill at universal relatability through specifics. “Goodbye Yellow Brick Road” serves almost as a thematic successor to the previous year’s “Rocket Man” by rejecting the latter’s lofty loneliness and yearning for the simpler time left behind.

For a weather event that would have horrifying implications in the real world, the Weather Girls make human precipitation sound like the night of a lifetime. The fact that “I’m gonna go out to run and let myself get absolutely soaking wet” made it’s way on the radio is almost “If You Seek Amy” levels of covert dirty, and we love to hear it. This enduring banger is also at the top of the list of songs that need a Drag Race lipsync do-over, right next to “Born This Way” and “Cut To the Feeling”.

Looking back, the physical frailty of Mercury in this, his final music video appearance, is almost outweighed by the visible tenacity of his spirit. The song itself is a synth ballad ode to days gone past, as well as an acceptance of the present. He may have gone far too soon, but such his artistic adieu does add a sole sweetness to this bittersweet. His final frame, lingering with the line of “I still love you,” remains cathartic to this day.

It’s wild to think the Kylie’s biggest smash hit came eight albums into her career, but such is the nature of pop girls with real longevity. With a feel as dreamy electro-pop as it is modern disco, gays couldn’t help but move. The repetitious “la la la” especially took this song from a standard earworm to an ear owner. That hook bought ear real estate.

Just before “Million Reasons” became the Gaga song no one could escape, there was a moment where “Perfect Illusion” had radio play by the throat. Well, radio play and Ryan Murphy fans; the song was used in the promo recap for American Horror Story‘s sixth season, and its music video debuted during the Scream Queens season two premiere. This was our first look into the pop rock feel of Joanne, with the slightest of twang on lines like “Pressure’s takin’ it’s toll” that forecasted her country-influenced turn. And, as always, #JusticeForJoanne.

Join us here next week for another Bop After Bop!