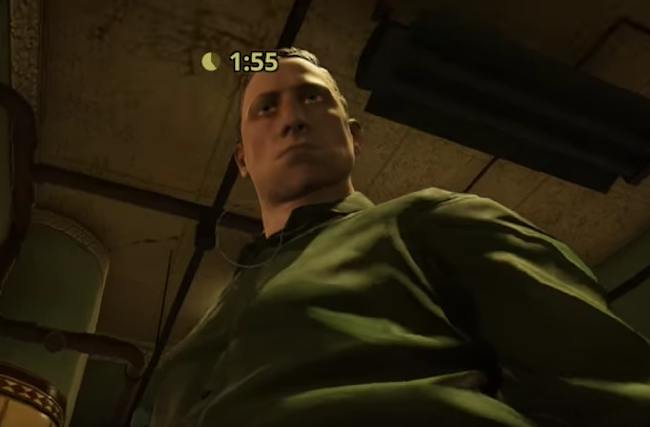 Mansfield, Ohio. 1962. You’re lurking in a bathroom stall, quite possibly drunk. As you lurch out of the confines of the wooden latrine and stagger towards a festering trio of urinals, a brutish man in a crusty tanktop saunters over, parking his unusually swarthy body over to the urinal next to you, taking a leak and grunting like an attention-starved bodybuilder at the gym. Primly, you flush your urinal to get his attention. The ploy works. 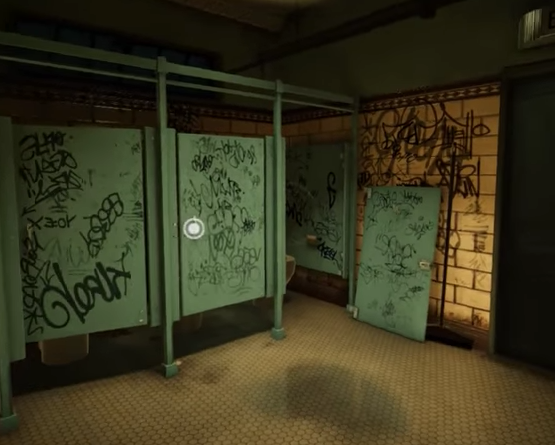 Your eyes meet and sexual tension teems in the squalid air as strains of country-western reverberate from the parking lot outside.  (“Goddamit Bill” by The Lonesome Billies, if you’re wondering.) Next thing you know, you’re on your knees praying to Gods they never told you about in church, unless you were raised Catholic.

It’s a familiar scene vividly recreated in a new video game called The Tearoom, now available — much like the bathroom dwellers at our local watering hole — for a pay-what-you want donation. Designed by subversive video game designer Robert Yang, it’s only the latest in his series of left-field games that explore queer themes of bondage, submission, and rough trade.

It’s loosely based on a real-life scenario: In 1962, the police in Mansfield, Ohio set up surveillance cameras behind a two-way mirror in a men’s restroom. They recorded men who hooked up there over the course of three weeks and used the footage to convict 38 different johns, sticking them in jail cells and mental institutions for over a year.

Related: Is “Coming Out On Top” the hottest gay-themed video game you’ll ever play?

You can watch a brief demonstration of gameplay below. The clip is ostensibly NSFW, but if your employers are wack enough to make you work today, they should be trolled to the fullest extent of the law. So watch away on the company’s dime and let it give you ideas on how to spend Independence Day: