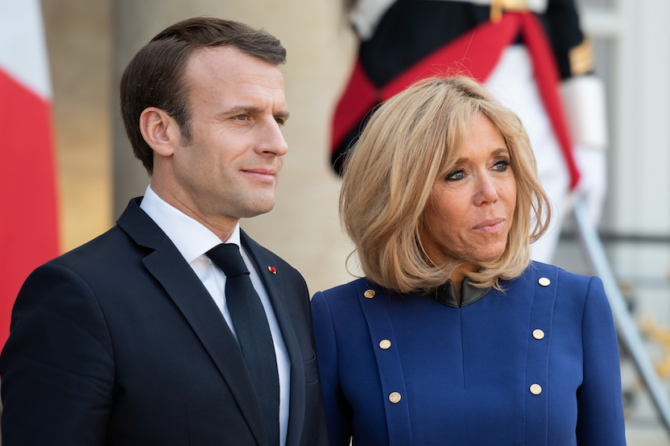 While the claim was entirely baseless, it’s notable that someone managed to bypass Mrs. Macron’s high-level security to personally harass her.

“I know your husband is right now with a man,” the caller told the First Lady.

The story was reported in a new documentary titled In the Hell of the Presidential Campaigns on France’s popular BFM news channel.

Related: Emmanuel Macron insists his former hunky bodyguard is not his gay lover

Senator François Patriat, a member of Mr Macron’s En Marche (On The Move) party, said Mrs. Macron was “left devastated” by the call.

“Do you realize what they dare to say? We won’t be spared anything. I was sad and shocked to hear that, but we will push on,” Mrs. Macron told friends afterwards, according to Patriat.

This isn’t the only rumor the Macron’s have faced. Last September, a far-right website published claims that Brigitte is transgender. Conspiracy theorists opposed to her husband, including members of QAnon, spread the lies on social media.

Mrs. Macron — who had three children with her first husband — is now taking legal action, her lawyer confirmed.

“She has decided to initiate proceedings, it is in progress,” lawyer Jean Ennochi confirmed to the AFP news agency.