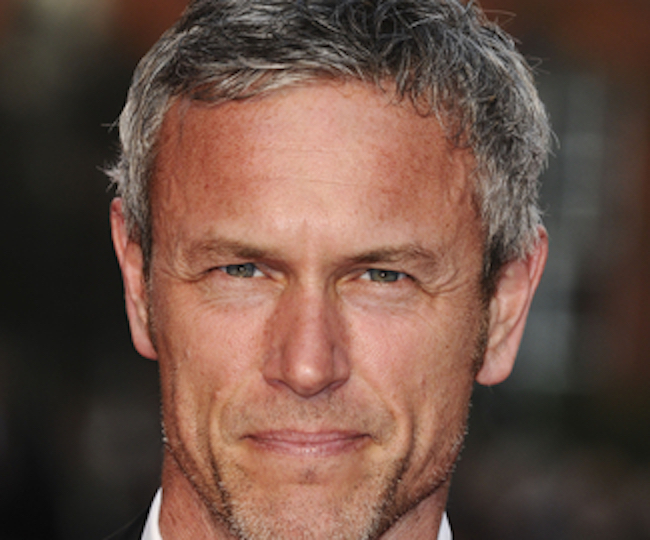 Since coming out last fall, Olympic swimmer Mark Foster says “the response has been amazing.”

The 47-year-old athlete-turned-TV-presenter was recently at the Stonewall Equality Dinner in London, where he connected with Gay Star News.

“I’ve come to events like this celebrating the community before, but in the shadows. It’s much easier now,” he says.

Foster came out as gay last fall in an interview with Winq, after keeping his sexuality a secret for over three decades.

It always seemed to me that I had this secret undercurrent that was my secret life. So what I showed people on the surface was Mark the swimmer, Mark the bloke, and beneath the surface was this other story. And so now I want to be a bit more authentic…

When I was on the team I was Mark the Swimmer, I didn’t want [my sexuality] to get in the way of that. I stood on the block and it’s like, right, you’ve got to be a pillar here, and I think I just got used to not showing my competitors any weakness.

Related: Freshly out TV star gets real about his cruising past

Since then, Foster says, life has been so much easier. Not only does he no longer have to stay “in the shadows,” as he puts it, but he’s been having more luck in the dating department.

“I’ve had a text message from someone who wants to talk,” he tells Gay Star News. “My thing is–and it sounds stupid; I’m 47, I’m a middle aged man!–people have got to do it in their own time.”

He continues, “I suppose being in the public eye and standing on a block and being very vulnerable, from a very early age I got used to hiding stuff, and it became a secret. The secret got bigger.”

“For me, [coming out] was about joining the community in a very public way. And hopefully helping people come to terms with their sexuality or struggling with being themselves.”

Scroll down for some shots from Mark’s Instagram page…

Fancy swimming a bit more this year.. check out https://zone3.com/product-category/swimwear/

Been a while since I wore race suit and goggles. Come back?

Getting ready for those mince pies….. have an amazing day….