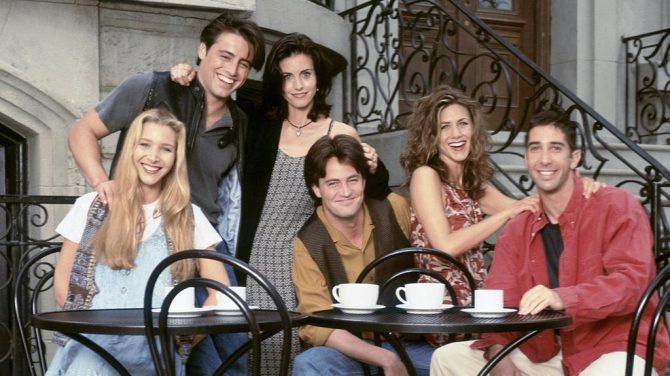 Speaking to the British Times, actress Lisa Kudrow is opening up about some of the recent criticisms of the show, which originally aired from 1994 to 2004.

“To me, it should be looked at as a time capsule, not for what they did wrong,” Kudrow says.

Related: Did You Know That Friends Was A Homophobic, Transphobic, Xenophobic, Misogynist Sitcom?

She adds that, despite the copious amounts of gay jokes, the show had plenty of meaningful storylines that were culturally relevant and even forward-thinking for the time.

“This show thought it was very progressive. There was a guy whose wife discovered she was gay and pregnant, and they raised the child together? We had surrogacy, too. It was, at the time, progressive.”

The storyline she is referring to was about Ross’ ex-wife, Carol, coming out as a lesbian and partnering off with another woman, Susan, with whom she later raised her child. The awkward dynamic between Carol, Susan, and Ross was a frequent subplot throughout the series’ ten-year run.

“I don’t see a reality where Friends was anything but good,” Kudrow reflects, adding that she looks back at is today as a “fun comedy” about “people connecting.”

Asked how the show might be different if it were to be re-created today, Kudrow replies, “Oh, it’d be completely different. It would not be an all-white cast, for sure.”

The cast of Friends was supposed to film an unscripted reunion special later this month for the launch of HBO Max, but coronavirus halted production. It’s unclear when the reunion will take place now.