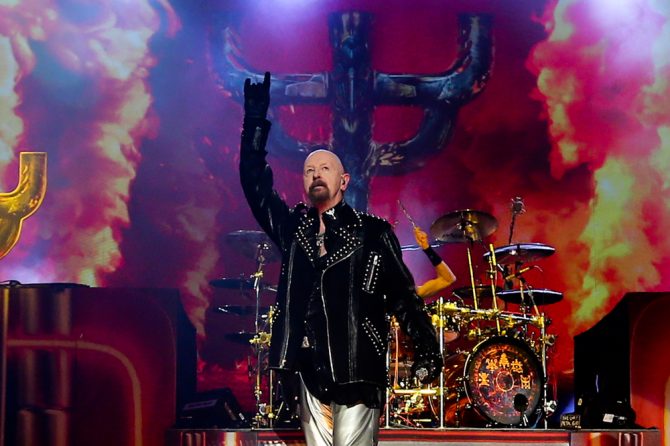 RuPaul’s Drag Race has tons of celebrity fans — including, it turns out, Judas Priest frontman Rob Halford, who wants to guest-judge the show on season 12.

“Get all the drag queens in full-on metal. Let’s do it, Ru!” he tells RuPaul during a recent Yahoo Entertainment interview.

Related: Category is: The 7 types of RuPaul’s Drag Race fans

Halford, who came out as gay in 1998, appreciates the Emmy-winning reality series on many levels. “I just love that show just for every emotional dimension of what’s being presented… the interaction, and the support, and the fun, and the bitchiness, and all this kind of stuff,” the 68-year-old says. “It’s great. It’s a beautiful insight to a part of our world and it’s really important. It has a tremendous amount of value.”

“Show like Ru’s show, or the Queer Eye show, these things are wonderful opportunities for people that don’t know about us. Just to look and listen and learn. That whole thing about we are your bus driver, we are your nurse at school, we are your judge court. We’re their airline pilot. We are everywhere. Just taking away and destroying this horrible pushback that we have.”

Halford, who’s working on his American citizenship, is worried about recent setbacks to LGBTQ equality. “We’ve been practically ignored by this current administration,” he explains. “We were forging so far ahead with the previous administration, and now we are pushed to the sidelines, and I think that’s a terrible disservice. It’s insulting. And thank God that [Trump] won’t last forever.”

Related: 10 ways RuPaul’s Drag Race has changed the world for the better

In addition to shows like Drag Race, though, the Grammy winner finds support in the “really, really beautiful” and sometimes “quite heartbreaking” letters he receives from his LGBTQ fanbase. “It gave me some more power to remain where I’m at — and to just go out there now, as an openly gay metalhead singer,” he says.