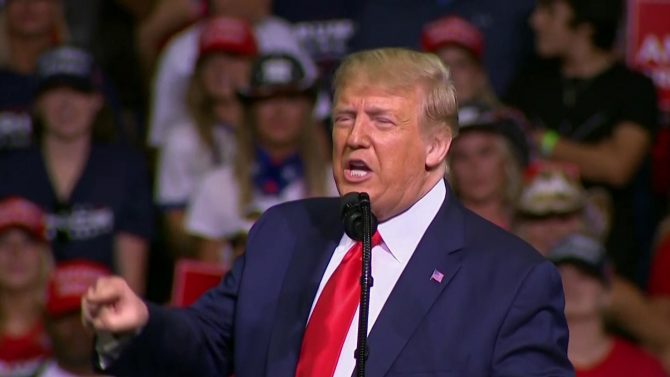 If there’s one thing that has remained consistent about Donald Trump through his presidency it’s his obsession with size.

For Mr. Trump, success is measured in things like TV ratings and crowd sizes. Which is why Saturday’s poorly attended MAGA rally in Tulsa was especially devastating for him.

Prior to the event, Trump’s campaign bragged that over 1 million people had RSVP’d, and that it expected 20,000 indoor attendees, plus another 40,000 outdoor attendees, for a total of 60,000 screaming, cheering, mask-less Trump Republicans.

But according to the Tulsa Fire Department, the final total ended up being closer to 6,200. That number includes Trump’s campaign staff, secret service, stadium employees, Trump supporters, and, yes, paid actors.

Now, the New York Times reports that Trump had a meltdown backstage when he realized just how terrible the turnout was.

He had previously been warned on Air Force One that the numbers were going to be a little lower than expected, but it wasn’t until he looked out and saw the empty stadium that he lost it, according to four different sources.

Trump purportedly screamed and yelled when he saw the sparsely filled arena, becoming more and more “furious” as the time for him to take to the stage drew nearer.

When he finally gave the two-hour address, he was able to put on an about face, but the moment he stepped off stage, he “deflated.” Then he fumed the entire ride back to Washington, D.C. on Air Force One. His bad mood continued through the weekend, the Washington Post adds.

Tears of a clown pic.twitter.com/L9iCguYtBb

Parscale, who Trump purportedly calls “the website guy,” tried to stop the bleeding by rushing out a statement blaming “leftists and online trolls” for making “phony ticket requests” and claiming “a week’s worth of the fake news media warning people away from the rally because of COVID and protestors” also contributed to the awful turnout.

Then the campaign said the fire department was wrong and that 12,000 people went through the metal detectors at the rally, not 6,200 as officially reported. (We believe the fire department.) In either case, even 12,000 is a far cry from the 60,000 it was expecting and the 1 million that RSVP’d.

Trump himself tried putting a positive spin on the whole disaster earlier today by tweeting a Fox News article boasting about how 7.7 million people tuned in to the conservative news network to watch him babble incoherently for two hours.

While it seems doubtful Trump will quit doing rallies anytime soon, there are now reports that his campaign is “rethinking” their formula due to Saturday’s poor turnout, a worsening pandemic, and a shifting political landscape.