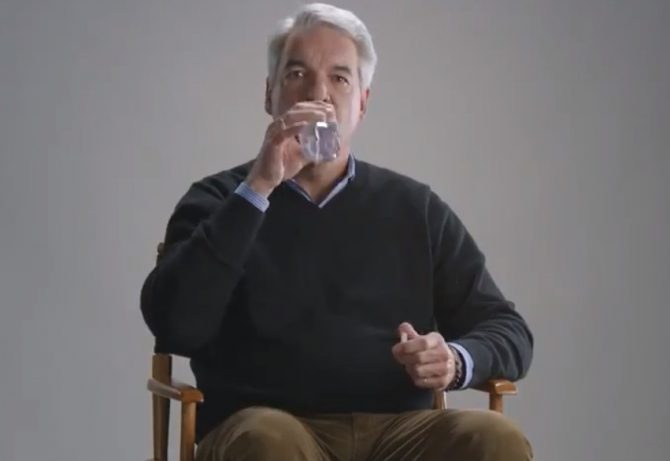 Out-gay party producer Andy King, noted for his role in the Fyre Festival debacle, has addressed his newfound infamy in a new video.

King shot to fame for his interview in the Netflix documentary Fyre: The Greatest Party that Never Happened. In the film, which recounts the disastrous Fyre Festival, King reveals that at one point Fyre CEO Billy McFarland ordered him to perform oral sex on the Bahamian Minister of Customs in exchange for shipments of Evian water. The more shocking confession: King was actually willing to do it.

With the popularity of the Fyre documentary setting the internet on, well, fire, King became an overnight sensation for his confession, sparking an overwhelming response on social media and a series of memes.

Now King has taken to social media himself to address his fame. In a video posted to the Netflix Twitter account, King talks about his harrowing moments at the Fyre Festival, and his shocking confession.

In the same video, King also reveals that he has helped start GoFundMe pages for unpaid workers in the Bahamas. One of the biggest controversies to come out of the documentary was the revelation that McFarland and Fyre Media never paid local laborers. “If I can drive positive influences and a lot of positive energy towards, you know, social and environmental impact which is what I base my business on, then I think I can utilize this moment to do a lot of good,” he adds.

Andy King has seen all of your FYRE Fest memes — and he loves them! pic.twitter.com/mCNgDoHpjW