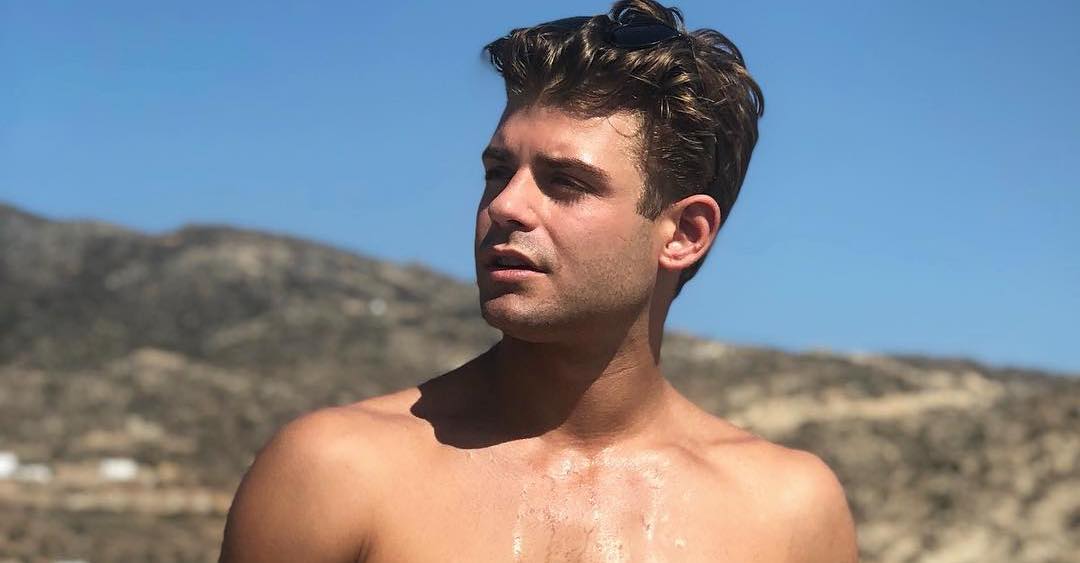 Garrett Clayton, the 27-year-old Disney star turned film actor, came out as gay last August. But in a new interview with Gay Times magazine, he reveals that his members of his Hollywood team encouraged him to stay closeted to help boost his career.

In the interview, Clayton says that when he first started acting, “somebody who was instrumental in starting my career” sat him down and asked him point blank if he was gay.

When Clayton replied, “Yeah, I’m gay or bi or whatever,” he suddenly felt disapproval from this person.

The person responded, “No one wants to f*ck the gay guy. They want to go shopping with him, so we’re going to have to figure this out… People need to see that you’re into sports because they’ll think that’s more masculine. So why don’t you go buy a sports hat, take some pictures in it, and make sure people see you in it?”

Clayton says he was basically told to change every aspect of himself to appear heterosexual, including how he dressed and talked. It sent him into “a really dark place for a couple of years,” eventually driving him into psychotherapy.

Clayton also reveals that his father and brother both reacted badly when he came out to them.

While Clayton’s story about his family and career advisor are sad, they’re also sadly common.

Early on into his career, actor Colton Haynes came out as gay through photos of him kissing another dude in the March 2006 issue of XY magazine. But in 2011, when he began appearing in MTV’s Teen Wolf series, some dumb lawyer tried to remove all of his XY pics from the web — it didn’t work. Plus, it was a dumb thing to do to begin with since Teen Wolf ended up having lots of gay characters.

Anyway, when Haynes eventually came out again in a May 2016 Entertainment Weekly interview, he explained what everyone already knew: That he “took advice early in his career to subdue [his homosexuality].” And just like Clayton, the resulting anxiety sent him into psychotherapy.

Clayton and Haynes are part of the 39% of LGBTQ Americans who report being rejected by family members when they come out. So whether in Hollywood or just your own household, many LGBTQ people face enormous pushback just for coming out, creating immense psychological stress and damage.

Luckily for Clayton and Haynes, their careers have still done pretty well despite the pressure. But it makes you wonder how many other young aspiring creatives have been told to repress themselves just for a shot at success and familial acceptance.