Habitually half-dressed King Cobra actor Garrett Clayton has some choice words for anyone who might be struggling with their sexuality during Pride Month.

“Love yourself and fuck what anybody else thinks. That’s what matters.

That’s why I’m excited doing this show (The Last Breakfast Club) every night. That’s why I’m happy I get to make the speech at the end: ‘Let’s make a world where people can be who they are and no one fucking judges you. End of story. Be who you want to be and anyone else’s opinion is irrelevant.'”

Beat on the street is Russian hackers have infiltrated Britney Spears’ Instagram account in order to spread malware, send each other cutesy coded messages, and find that elusive balance between infectious bubblegum pop and coldblooded international espionage.

Until further notice: Beware Britney’s social media presence — it might not be her own.

You might remember Steve Grand from his homoerotic songs and videos like “All American Boy” and his penchant for revealing swimwear (which he’d rather you didn’t, because it’s the music that matters and not his taut, rippling, puh-powerfu–)

Anyway, now he’s back with a new song called “Walking,” from a forthcoming, as-yet-untitled album.

He describes the song thusly: “And so a new era begins… ‘Walking’ is the first single off my upcoming record (Title – TBA) which will be out in a few months.”

“Since summer has just begun, I wanted to start this next chapter off with a lighter, fun tone.. before we dive deeper. Yes, there will be an Official Music Video for this song out in the coming weeks.”

You can check out the fruit of his labor here:

For whatever reason, this Babadook-as-gay-icon meme didn’t do much for us — until now, that is.

In case you haven’t heard the news from the roiling echo chamber that is the Internet, it all started when Netflix inadvertently put the snoozy horror film in its LGBT section.

That was enough to get the memesters’ creative juices flowing, and now a simple Twitter search of “Babadook”  unearths an endlessly scrolling set of examples.

Most are just so-so. But this one is so, so clever: 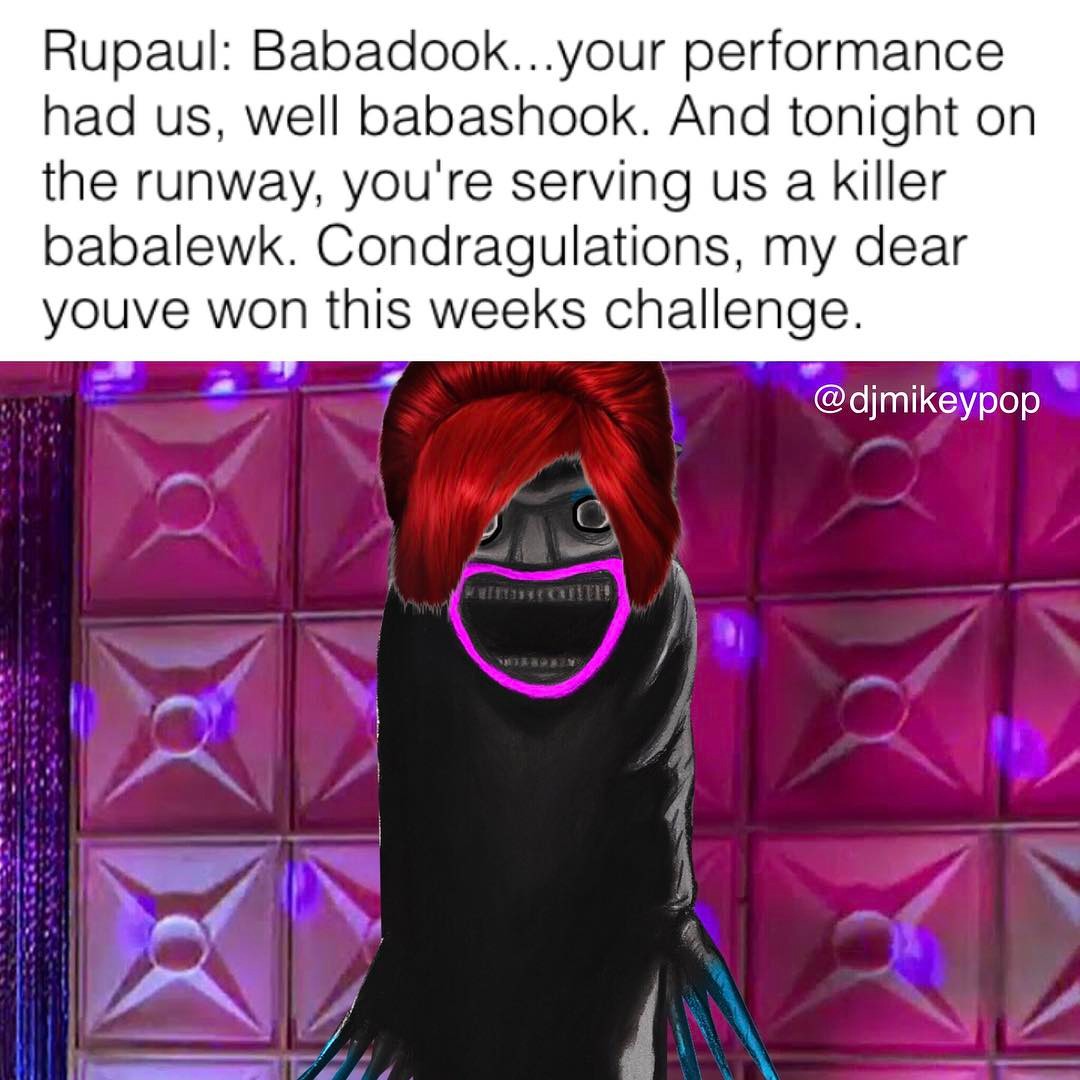 The word “shook.” It’s already overused (see above), and you’re frankly quite sick of it.

But then we sit you down and calmly tell you there’s a brand-new video for a brand-new TLC song (!) called “Way Back.” and the news begins to echo and reverberatesouning  in tinnier and further and further away as you try wrapping your head around the implications…

Yeah, and Snoop Dogg’s in it.