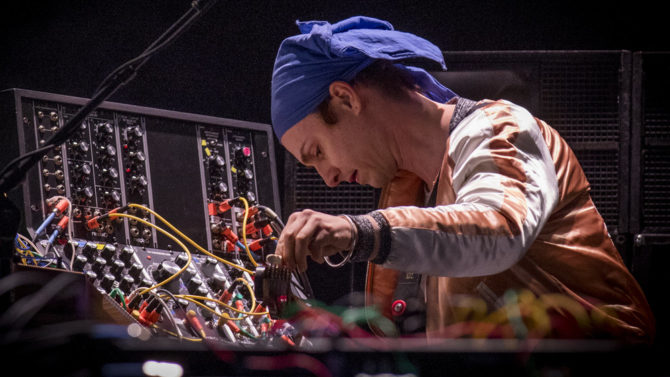 I was starstruck when I first met Gavin Rayna Russom – and that first meeting was just in print.

Rayna wrote about my first DJ set at Susanne Bartsch’s Vandam Sundays some ten years ago for Art Forum magazine. I was so nervous to play because it was a five-hour set in a basement and where all my friends said they would be. I remember hostess Lady Fag came up to me and asked what I wanted to drink and I shouted “A bottle of whiskey.”

I ended up making it through the night. 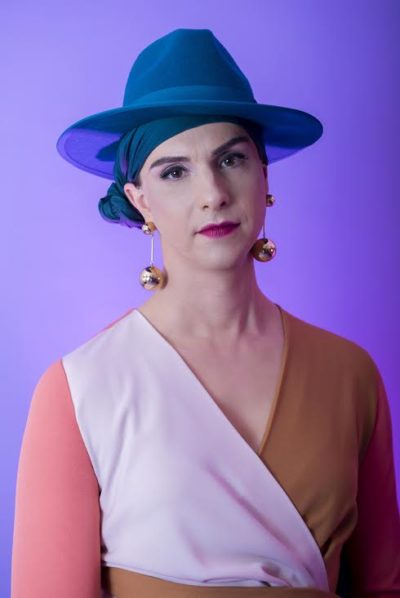 For the first time, I am taking on Saturday night of San Francisco’s Gay Pride weekend featuring none other than Gavin Rayna Russom. The Saturday night event will take place at the former Carousel Ballroom, which hosted big bands in the 30’s and 40’s and, when that era faded, ushered in a new style of music featuring Ike & Tina Turner, B.B. King, Chuck Berry and many, many more.

Bill Graham took over the concert hall in 1968, opening its doors as its most famous incarnation, Fillmore West, to the likes of the Grateful Dead, Jefferson Airplane, Janis Joplin, Santana and countless others as well as serving as the venue where Aretha Franklin recorded her legendary live album in 1971.

The first time you played at Booty Call Wednesdays you played a ten-minute track in the middle of your set called ‘Kalimba,’ it was percussion-driven and the crowd went into a trance. That’s what dance music is all about – transporting people into another element.

I’d say it’s a bit less about transporting people and more about helping them connect to where they are; in their bodies, in space, in their lives. Percussion and long-form composition have always been part of that for me. Someone once told me, “the difference between trance experience and everyday experience is paying attention.” So I try to bring people’s attention into sharp focus with the music I play.

How would you describe that moment of synergy between you and the audience?

I don’t understand the idea of a DJ on a pedestal, or the music as a separate “artwork” than the experience as a whole. It’s certainly a conversation, and like a good conversation, it’s mostly about all the parties being present and listening to each other, really tuning in to what is being said and where it’s going.

How did living in Berlin inform your work?

Whew, in more ways than I can even say. I lived many different lives in Berlin over those 5 years and all of them fed into my music and art. Mostly I’d say it was the open-ended time of nightlife experience there. And the way folks interact within the club space when there’s no pressure around closing times, etc. Of course, I heard lots of incredible music played by skilled deck players and met lots of wonderful people. But beyond that, there was a way that time moved there which felt different, almost opposite to New York’s energy. There was a genuine sense of freedom and not being under surveillance which led to some pretty deep self-discovery. It was as true in a club as it was in a park or strolling streets at night.

You’re quite well-known in the electronic music community for your technical proficiency with synthesizers, having actually built them for numerous musicians, including James Murphy of LCD Soundsystem. What is it about synthesizers that originally started to appeal to you and what precipitated you building your first one? 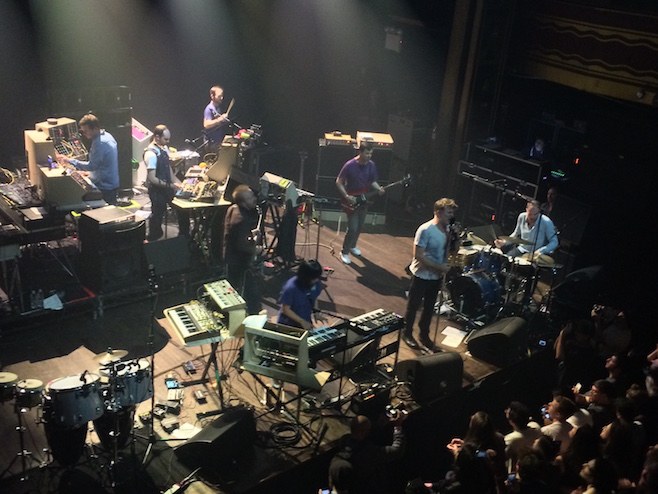 My interest in synthesizers grew out of my desire to manifest fluidity and spectral qualities in my work. I first encountered them visually (they were very difficult to get your hands on in the early 1990’s) and the ability to visually work on sound and reshape it in a fluid way spoke to something internal that I wanted to express. Of course, this was connected to my uncomfortableness in my body around assigned gender and a wish to somehow transcend that using creativity. And yes, I felt I needed to create something that didn’t exist yet to help get me to that place.

Being an activist yourself, you’re no stranger to the concept of intersectionality. Am I reaching by seeing a correlation between that concept with regard to activism and the fluidity with which you move between different mediums in your work? You express yourself in other ways that would seem to fall outside of the realm of music, including dance and film.

Absolutely. This is critical to me. I see creativity as a way to re-imagine the world and its structures. One of the big liabilities of enlightenment era Euro-centric thought was the way it relied on categorization and identification, from a distance, to attain control over the world. We see the negative effects of this on racism, homophobia and state borders. Exploring how boundaries are actually fluid and spectral through my work correlates directly with proposals about how we might differently organize the world and negotiate tensions and differences in opinion, outlook or perspective. I put these things directly into my music and also into the way I structure my creativity as a whole.

How has coming out trans affected your touring and music?

It’s been quite a trip, with honestly little time to process, look back or even gauge the response. The main thing is that I feel so much better and so much more able to be myself in the world. Which means I am connected in a different way. Communication has taken on a whole new level that was frustratingly impossible for me in the past. My best piece of advice to anyone struggling is to trust yourself, find folks you can talk to about what is going on for you that can listen in a non-judgemental way and hopefully those that share your experiences. Get support and ask for help and avoid people who shame you, are critical or affirm your insecurities.

Who are some people you look up to as inspirations?

What are your favorite moments performing in San Francisco?

Awwww I loved playing Booty Call Wednesdays so much. It’s not SF proper but I had an amazing time playing Sunset Campout a few years back and lots of folks I met at Booty Call were there. Love doing music in the woods.

What projects are on the horizon?

I’m doing a residency at National Sawdust next year and have been doing a lot of dreaming and drafting about that. I did a sketch version of the piece at Moogfest this past May. I’ve been working on a number of films after finishing “No More White Presidents,” and screening it. That was my first big film work in a while and definitely the longest film I’ve ever made. Always working on music and looking forward to studio time once LCD gets off the road. Got tons of legal stuff to deal with transition wise that simply hasn’t been possible while on tour so also very much looking forward to taking care of that.