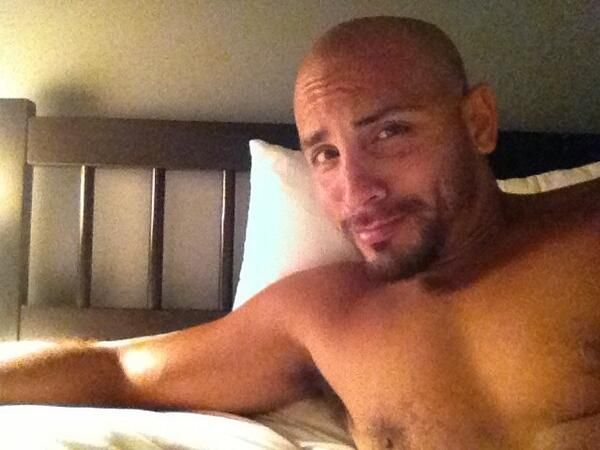 Gay adult film performer Antonio Biaggi has fired off a series of racist tweets opposing Beyoncé and her fans, and the question that immediately comes to mind is: Why?!

Why bother — what does he get out of it? The knowledge that he’s offended people?

We may never quite understand what makes a troll tick, but here’s what the award-winning performer blasted out to his 80,000 followers:

First off, a general dig at Beyoncé, which, fine — everyone’s entitled to their own opinion: 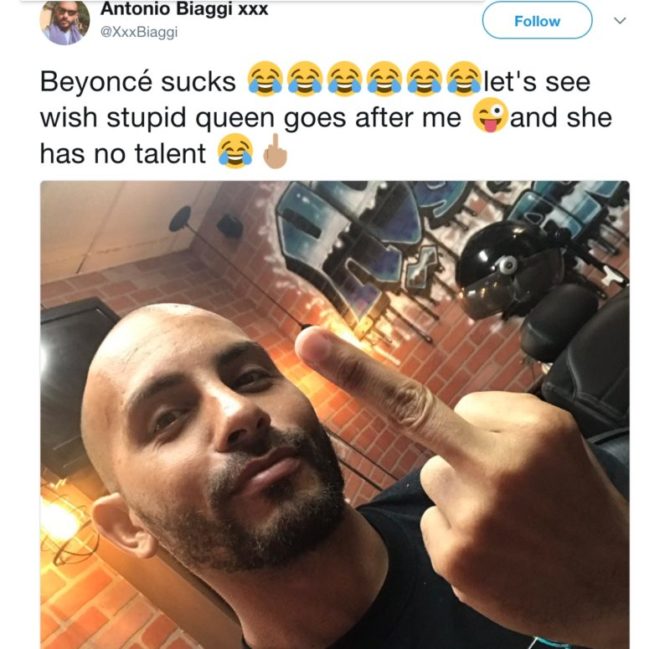 But things went from rude to beyond crude with his next Tweet about the diva’s fans: 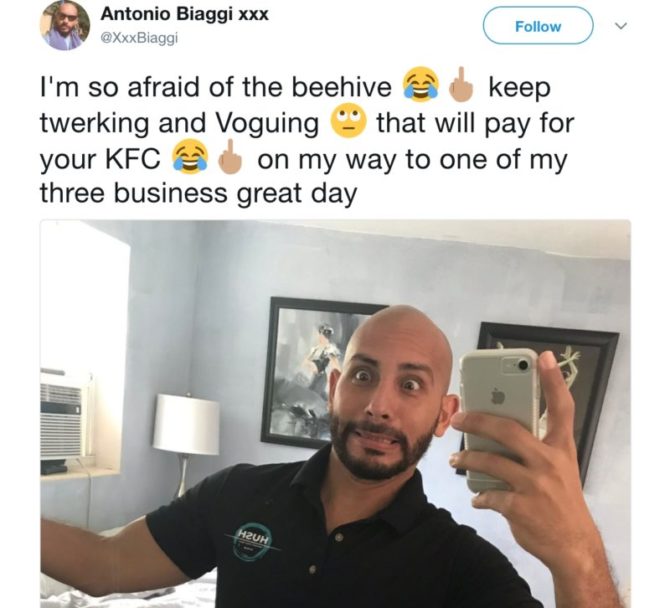 And then he showed how much of a music expert he is: 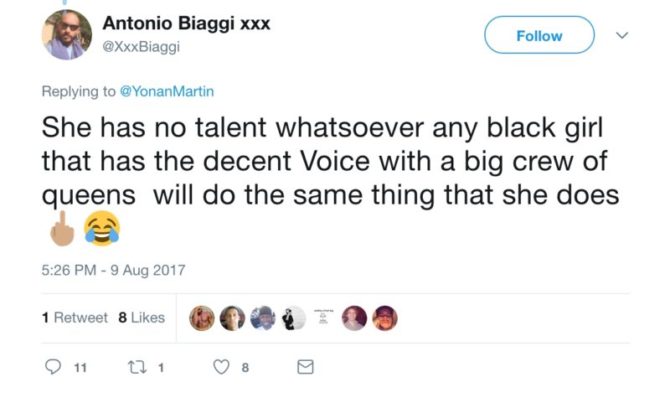 This just about sums up the reaction:

Is this really the kind of attention Biaggi so desperately seeks? It defies all logic.

In the immortal words of Beynocé: