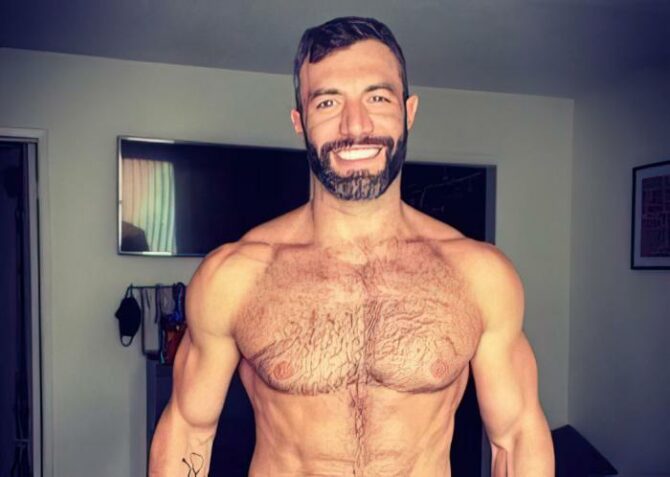 Adult performer Cole Connor was attacked and mugged by a group of men early Sunday morning in Hollywood.

Connor, who appears on OnlyFans and in Falcon Studios productions, took to social media to share details of the harrowing event.

Connor says he was going to fetch his ID from a friend’s car when the attack took place. Upon reaching the vehicle, the men insisted it was their car and started beating him.

In a video posted shortly after the attack with the caption “Stage 1 in getting over bad sh*t that happens to you: Sarcasm”, Connor said:

“They thought it was their car, so obviously when I unlocked it with the keys that my friend gave me and opened the door, they totally should have attacked me and almost killed me with a bat. I would have done the same thing!”

Stage 1 in getting over bad shit that happens to you: Sarcasm ? pic.twitter.com/mGzy19Px3F

“Not my prettiest picture, but I’m okay,” Cole captioned an Instagram photo of his bruised face. “Thanks for the love and support. I got mugged and beat up on Saturday night in Hollywood not far from where I live. My phone has been replaced already, cards and wallet will be replaced.”

He continued: “At the doctor now to look at an ocular fracture. May face feels numb on the left side and I can feel some nerve damage when I touch next my nose or wink my left eye and my eye feels weird.”

“Be careful out there, you guys,” he added.

On his Instagram Story, Connor further explained, “So what happened was, I got mugged… late Saturday night, Sunday morning-ish. I’m okay. I got hit a lot in the head – a few times before I could get away. I did get away before they started hitting me with a bat, so that’s good… I got away with minimal damage. I’m very lucky.”

The next day, he posted updates on Twitter. “Thanks to all the friends helping me walk, picking up after me, and taking care of little Boris while on painkillers! Thanks a million!”

Thanks to all the friends helping me walk, picking up after me, and taking care of little Boris while on painkillers! Thanks a million! pic.twitter.com/OvMOCPBTmV

In another post, Connor said he’d need more medical care to address the blow to his eye: