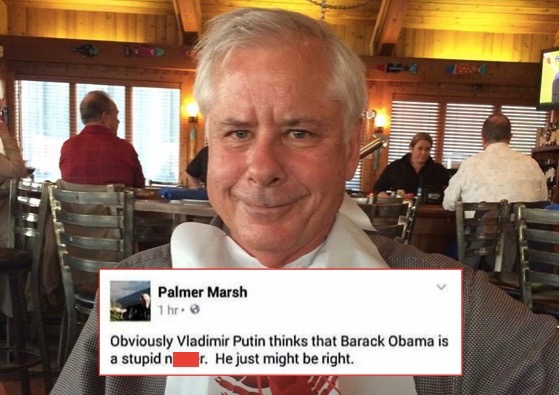 A popular gay bar in Atlanta was forced to close its doors after one of its owners was outed for being a total racist. Now, it’s up for sale.

Earlier this month, Palmer Marsh, owner of Burkhart’s Pub, was exposed for making racist remarks on his personal Facebook page, including calling Obama a “stupid n*gger,” praising Vladimir Putin, and suggesting America would be “better off” if the Civil War had been won by the Confederacy.

Marsh and his wife Mary are the original owners of the bar, which has been in business for decades.

Related: Gay bar owner’s racist history comes back to haunt him, but he would still like your business

In response to the posts, dozens of staff, bartenders, and 30 drag performers all quit in solidarity, causing the venue to close down.

Now, the Marsh family have put it for sale. It is expected to reopen on Saturday under new ownership.

Some of the performers who quit said they will consider returning to the popular nightspot once the new owners take over.

Moral of the story: Don’t be racist.