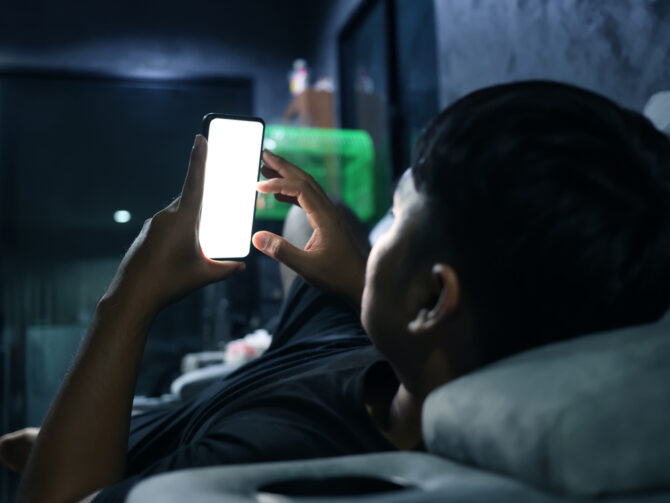 Admitting you have a ghosting problem is the first step, right? A self-described “serial ghoster,” whom we’ll nickname Casper, recently became aware of his bad habit and asked fellow members of Reddit’s r/askgaybros community for help changing his ways.

I only now just realized I am a serial ghoster. It was only after a guy called me out on my bullsh*t, and after ghosting so many guys on Grindr just for the validation that they would have potentially hooked up with me, that I realized that I am a coward and have a ghosting problem. For too long I have felt that ghosting was the easy way out, and that since I was being ghosted, it was okay to ghost others. [Are] there any tips anyone has to help me get over my fears of confrontation and just being more mature in general?

Some responses were direct and blunt: “Ghosting is the easy way out. It is also the sh*tty way out,” one commenter on the thread wrote. “There’s nothing confrontational about simply telling the other person you’re not interested, as long as you aren’t mean about it.”

Related: Gay ghosting: How to navigate that special feeling when someone vanishes without a trace

Other comments praised Casper for seeing the error of his ways. “First of all, I am delighted you are trying to change,” another user wrote. “You listened to valid criticism, and you are trying to change for the better. That is a really great sign of maturity and growth. You are already a more attractive and better person. As for advice, my take is to be simple and upfront. For letting them down gently, just say you are not looking for anything right now.”

And a third commenter said the ghosting problem is the reason he started going to gay clubs, since in-person flirtation gives him “a feel if where’s a match in real time.”

Perhaps the most in-depth advice came from the commenter who advised Casper to put his self-loathing energy toward changing his behavior. That commenter offered a five-step plan:

1. Stay off Grindr, Scruff, Insta, and Reddit (or any other platform that rewards your content, ideas, or body image through likes, woofs, taps, hearts, upvotes, etc.) for three months.

2. During those three months, check in with yourself and make note of how you’re feeling. In particular notice: a) what you miss about those platforms (maybe it’s connection and communication, maybe it’s validation, maybe it’s humor, maybe it’s distraction, maybe it’s Maybelline), and b) How does your behavior change to meet the needs that social media had filled (do you drink more, do you seek out the company of your friends more, do you withdraw more into yourself).

3. Once you identify the needs that social media had fulfilled for you, list ways you could meet those needs without it, and rank them from healthiest to least healthy (on a subjective scale).

4. Start doing those things that are most healthy on your list in an intentional and disciplined way.

5. Keep doing those things from Step 3 that worked for you. Decide if you want to start using social media after the three months. If you do, consider setting boundaries and limits for yourself.

Any other recovering ghosts out there? What advice would you give Casper? Serve up your tips in the comment section below.