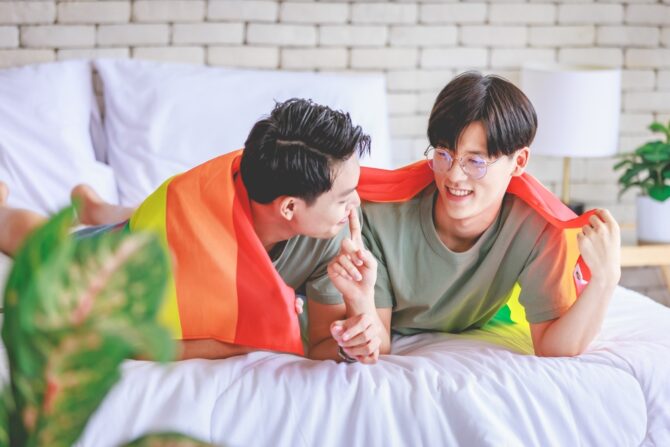 In last week’s Pick of the Twitter, we asked you, cherished Queerty reader, to picture sexuality being a choice and people choosing queerness every single time. It was a hypothetical, of course, but we’ve all known people who believe we’re choosing to be gay and could simply choose to be straight. (These misguided souls are often the same people who say things like “gay lifestyle.”)

Related: His psychoanalyst told him being gay is a choice, and the Internet is outraged

The Southern Poverty Law Center covered the misconception of gayness as a choice in a 2011 roundup of anti-gay myths. “If people are born gay—in the same way that people have no choice as to whether they are black or white—discrimination against gay men and lesbians would be vastly more difficult to justify,” authors Evelyn Schlatter and Robert Steinback wrote at the time, debunking the myths in the SPLC’s Intelligence Report magazine. “Thus, anti-gay forces insist that sexual orientation is a behavior that can be changed, not an immutable characteristic.”

As Schlatter and Steinbeck added, a 2008 study of twins determined that “homosexual behaviour is largely shaped by genetics and random environmental factors,” with the American Psychological Association noting in 1994 that homosexuality is simply not a matter of individual choice.

Anyway, Twitter users have had a field day with the idea of people “choosing” to be gay, and straight men, you’ve been put on notice. Here are some of those Twitter users’ thoughts…

If being gay were a choice, Andrew Garfield would have picked it. And so would I, for him.

if being gay were a choice, no woman would stay straight you fools

If being gay were a choice, I’d have chosen to be gay way sooner bc I’m having literally so much fun

If being gay were a choice I’d choose to be gayer. I’ve not reached Maximum Gay ??.

If being gay were a choice, the lesbians would’ve taken over by now

Related: Gay Twitter tears into Amy Coney Barrett after she implies being gay is a choice

In fairness to Marjorie Taylor Greene, if being gay were a choice, she'd have sent thousands of formerly straight men to tea dances throughout America by now.

my 80 y/o grandmother said "they're not sick, and even if being gay were a choice they don't hurt anybody so why raise a fuss over it" and i remembered why she's my fav relative ?

You know that even if being gay were a choice it would still not warrant queerphobic violence?

If being gay were a choice this critter would still have his head. #ChooseHomo pic.twitter.com/uZ1ZunvezK

Happy national coming out day. Being gay is not a choice but if it was it would be a good one

Being gay isn’t a choice. But if it was how about you let people make their own choice and stfu about it.