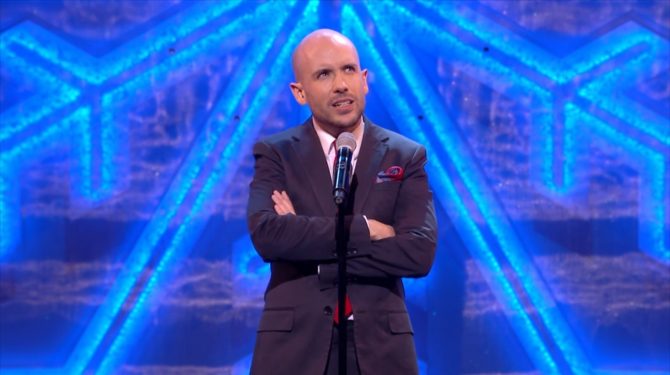 35-year-old British comic Tom Allen has slammed his online critics who say he talks about being gay too much.

The actor and comedian, known for roles in movies like Colour Me Kubrick and on the reality game show Big Brother’s Little Brother lashed out at Twitter trolls, defending his right to discuss his sexuality.

“Dear Tom Allen,” a troll wrote on Facebook. “We are all well aware your [sic] gay. Please stop mentioning it every five minutes – it’s 2019. We genuinely don’t care.”

Did I respond to this correctly? pic.twitter.com/nde6VjvHDZ

“But I have to!” Allen clapped back. “And every five minutes! It’s most disconcerting especially when I’m at a funeral and my timer goes off.” Allen then took a more serious tone”

“I guess I talk about it because it’s part of my identity. Straight people get to talk about theirs every five minutes at least – but you’d be exhausted if you messaged them too. And since I was made to feel ashamed about it for most of my life (I’m still not over that now) and I get messages (every five to ten minutes) saying that it’s actually helped them by me being upfront about it, I might just keep going. In a world where people are questioning whether children should be taught in schools that gay people even exist and where parts of the world want to stone people to death, I wonder if it might be more important than ever for us all to talk positively about who we truly are.”

Allen took the conversation public on Twitter, though he still protected the identity of the attacker. Allen continues to tour Australia doing comedy shows, and maintains his own podcast Like Minded Friends with fellow comic Suzi Ruffell.