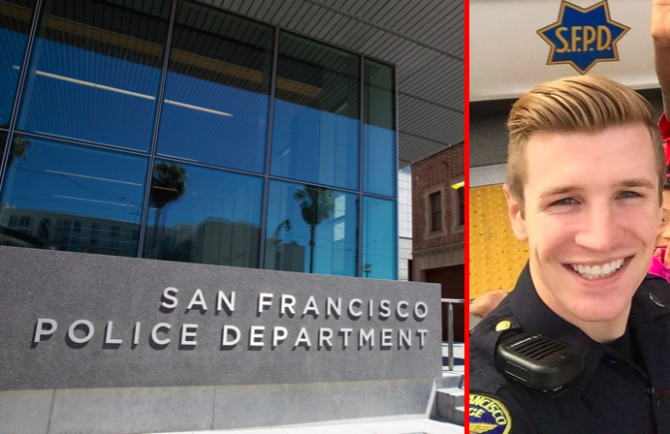 The San Francisco Police Department is once again being accused of homophobia and harassment.

In a lawsuit filed last Thursday, 28-year-old officer Brendan Mannix accuses members of the San Francisco Police Department of sexual harassment, sexual discrimination based on his sexual orientation, and retaliating against a whistle-blower.

Mannix says he was subjected to homophobic remarks by colleagues about his sexual orientation, including calling him a “queen” and “too dramatic” and making disparaging comments about his masculinity.

Related: Christopher Kohrs, AKA The Hot Cop Of Castro, Arrested For Hit-And-Run Over Holiday Weekend

When Mannix tried reporting the behavior, he says the department made no efforts to acknowledge or stop the harassment and instead retaliated against him by not providing him backup while on patrol and giving him “unfavorable assignments at the station.”

The bulk of Mannix’s accusations focus on two sergeants. One suggested Mannix was in a sexual relationship with the other gay officer at the station, and when Mannix did or said something the sergeant believed was stereotypically gay, he would say “ugh, you gays!” or “God, you gays!” Organ said.

The sergeant, Organ said, would also mock Mannix’s hair style and physical appearance, making comments like, “Is that hair big enough?!” and “How much do you weigh? One hundred pounds soaking wet?”

In his lawsuit, Mannix also claims a sergeant “talked positively about how ‘back in the day,’ the police would ‘round up’ all of the ‘trannies’” who were prostitutes.

He describes the department as an “‘Old Boys’ Club’ atmosphere” where “anyone who did not fit a precise mold–broadly speaking, straight, cisgender, white and male–was targeted for mistreatment; those who complained about it were treated even worse.”

Related: ‘Hot Cop of Castro’ found guilty of two felonies & his defense is one for the books

David Stevenson, a police spokesman, would not comment on the lawsuit but he did says the department is “committed to diversity, tolerance and respect for the public and all of our members.”

“Department members are sworn to hold each other accountable and required to act swiftly to report any misconduct,” Stevenson said.

The San Francisco city attorney’s office also declined to comment on the lawsuit, instead issuing a general statement saying:

“The city of San Francisco, including the Police Department, has been a leader on LGBT rights for decades and remains committed to providing a safe and respectful work environment for all.”

Related: Even More San Francisco Police Officers Have Been Outed For Sending Racist And Antigay Texts