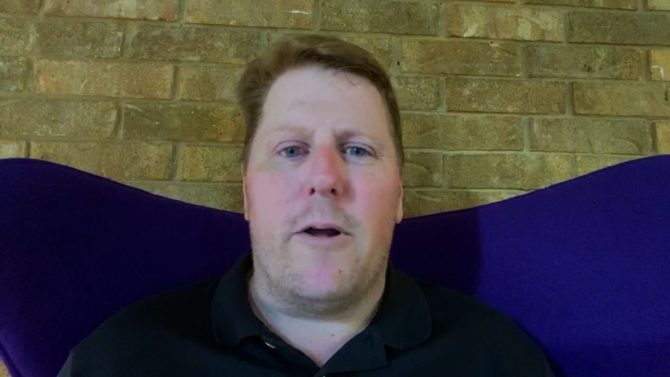 Tony Green is a gay Republican from Dallas who made headlines earlier this year after he hosted a gathering at his home that resulted in his entire family contracting coronavirus and two members dying.

43-year-old Green shared his tragic story in a heartbreaking essay published by the Dallas Voice back in June. Now, he’s just published another essay in the Washington Post, in which he says he feels “empty” most of the time and questions whether life is even worth living anymore.

“I know what it’s like to be humiliated by this virus,” Green writes. “I used to call it the ‘scamdemic.’ I thought it was an overblown media hoax. I made fun of people for wearing masks.”

On June 13, Green and his partner threw a big party for their family, during which nobody wore masks or practiced social distancing. The next day, he and his partner woke up sick. Pretty soon everyone who attended the party, as well as several other members of the extended family, had coronavirus.

“I have no idea which one of us brought the virus into the house, but all six of us left with it. It kept spreading from there,” Green writes. “Six infections turned into nine. Nine went up to 14. It spread from one family member to the next, and it was like each person caught a different strain.”

But the nightmare was only just beginning.

“His mother was in the room right next to him because she was having trouble breathing. They were lying there on both sides of the wall, fighting the same virus, and neither of them ever knew the other one was there. She died after a few weeks.”

Not long after that, Green’s father-in-law passed away, as well.

“They put him on a ventilator, and he lay there on life support for six or seven weeks. There was never any goodbye. He was just gone. It’s like the world swallowed him up. We could only have 10 people at the funeral, and I didn’t make that list.”

Green says he’s been eaten alive by guilt ever since and he’s not sure if he’ll ever get over it.

“I break down sometimes, but mostly I’m empty,” he writes. “Am I glad to be alive? I don’t know. I don’t know how to answer that.”

“There’s no relief.,” he continues. “This virus, I can’t escape it. It’s torn up our family. It’s all over my Facebook. It’s the election. It’s Trump. It’s what I keep thinking about. How many people would have gotten sick if I’d never hosted that weekend? One? Maybe two?”

“The grief comes in waves, but that guilt just sits.”